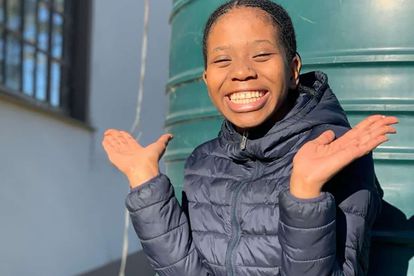 The man accused of killing 20-year-old Wits student Asithandile ‘Kwasa’ Zozo Lugalo has been postponed to Wednesday, August 26 2020, where he is expected to make a formal bail application.

Viwe Rulumeni appeared before the Dutywa magistrate’s court in the Eastern Cape on Thursday, 20 August 2020.

The 23-year-old is accused of stabbing Lugalo to death, on Monday, 17 August 2020. Rulumeni is alleged to have been Zozo’s former boyfriend.

He was reportedly fuming after she refused to continue their relationship.

According to police, Rulumeni tried to commit suicide by swallowing pills, which landed him in hospital where he was placed under police guard.

While it is yet to be determined, ENCA has cited screengrabs of text messages between the young woman and her friends, which indicate she may have been in an abusive relationship with Rulumeni.

He is also alleged to have threatened to take his own life if she left him.

Gender-based violence activists have expressed concern over the scourge, particular under lockdown, where many victims are left indoors with their abusers.

Lugalo’s death is the latest in a string of violent killings of women, allegedly at the hands of their partners.

Uncle: ‘The Princess of the family’

The Lugalo family has expressed utter devastation over the loss of their child, whom they used to refer to as their princess.

“We used to call her the princess of the family. She was an outspoken child”, her uncle Simo Lugalo said.

“What a loss because the girl was brilliant and the girl was so active and she was also proud of  her future”, Lugalo added.

The Director of Rise Up Against Gender-based Violence, an organisation advocating against abuse of women and children, Vanita Daniels believes there needs to be a change in dialogue.

“There’s not enough men who come to the table because when we have these conversations, what we usually start talking about is how do we change your perception as a man about women and children in general”, Daniels told the SABC.

“We also need to also start taking away the conversation of gender based violence from just a perpetrator and survivor or victim. We need to start asking ourselves as society, how do we perpetuate creating this perfect storm for the scourge of  GBV to continue”, she added.