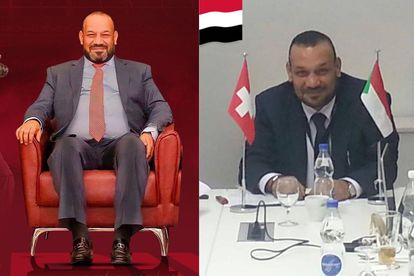 Sudanese businessman Hazim Mustafa was identified as the buyer of 20 buffalo by President Cyril Ramaphosa. He reportedly paid in hard cash, and the money remained at the Phala Phala game farm for about 45 days before it was stolen from a couch.

BUFALLO BUYER COMES INTO THE FORE

The Dubai-based businessman told Sky News that he had no idea the animals belonged to the President and that he negotiated the purchase through a broker working at Phala Phala.

In his answers to the Public Protector, which the Section 89 Independent Panel considered, Ramaphosa said US$580 000 (about R10  million) was stolen from his farm in February 2020.

Hazim confirmed that he purchased the animals in cash over the festive period in 2019. He told Sky News that he was in Limpopo to celebrate Christmas and his wife’s birthday and that he brought the cash through the airport because “$580 000 is nothing for a businessman like [him].”

READ: ‘$580k is nothing for a businessman like me’ – Ramaphosa’s buffalo buyer says he brought the cash through the airport

According to his Facebook page and news reports, Hazim’s wife is a South African woman named Bianca O’Donoghue.

According to News24, the couple were married at Lake Como, Italy, in 2018, and O’Donoghue appears to be an employee of a Dubai bank.

Hazim Mustafa served as the President of Al Merrikh Sporting Club. The Sudanese football club is based in Omdurman and was established in 1908.

It appears that he still serves as the Chairman of the Board of Directors of the football club. In November 2022, he announced that he would not compete in the club’s upcoming presidential elections.

According to a biography of the businessman seemingly prepared for his electoral campaign, he was born in Egypt but grew up in Bahri City, and his start in businesses kicked off with the trade of fertilisers and other agricultural items.

His father, Mustafa Mohamed Ibrahim, was once a member of the Al Merrikh board, and Hazim started following the club due to his father and uncle’s involvement.

TIES WITH OMAR AL-BASHIR AND ALLEGATIONS OF CORRUPTION

Hazim allegedly has ties with the former President of Sudan, the dictator Omar Al-Bashir, who was deposed in a coup d’etat in 2019. This was reported in 2017 by the online news outlet Monte Carro.

The publication said authorities in the United Arab Emirates had frozen Hazim’s assets and bank accounts as part of an investigation into his business partner, according to News24.

A 2021 letter from Al Merrikh to the Court of Arbitration of Sport (CAS) also mentions that Hazim Mustafa “is attached to criminal complaints inside Sudan related to financial corruption, money laundering, waste of public funds and violation of the law on financial and accounting procedures in Sudan for the year 2007.”

According to the letter, the ethics committee of the Sudanese Football Association suspended its affiliation with the football club until the charges were acquitted.

There was a tussle over the leadership of the football club, with the Sudanese Football Association wanting Mustafa’s council, which was elected in 2021, to be removed.

The CAS ruled in favour of the club in February 2022 and unfroze Mustafa’s council, but as previously mentioned, he opted not to run for President this year.

In 2021, the Al-Hadatha newspaper reported that Mustafa was allegedly one of three businessmen involved in large-scale corruption during the time of the former regime in Sudan.

RAMAPHOSA REMAINS ON THE HOOK

As previously reported, Hazim’s statement answers some questions raised by the Independent Panel but does nothing to diminish the charges Ramaphosa faces.

The panel’s report said there was prima facie evidence that Ramaphosa violated his constitutional oath and broke anti-corruption laws by failing to report the theft. The panel also put forward that the President’s game farming constituted paid work.

Ramaphosa allegedly instructed his Presidential Protection Unit to investigate the theft instead of reporting it to the police.

On Monday, the President approached the Constitutional Court to have the report set aside as unlawful.

Parliament was set to debate the matter on Tuesday, but it was delayed by a week after the Chief Whips decided that the house members must be physically present for the vote.

The National Assembly will convene in the Cape Town City Hall on Tuesday, 13 December, for the debate. If the report is adopted, Ramaphosa will face an impeachment inquiry. The ANC has instructed its MPs to vote against the report when the matter is heard.