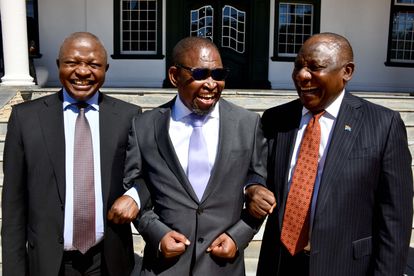 Finance Minister Enoch Godongwana is set to deliver the 2022 Budget Speech on Wednesday afternoon, detailing how much of President Cyril Ramaphosa’s State of the Nation Address will be financially viable. But who is Godongwana?

Godongwana was appointed as the nation’s Finance Minister in August 2021 by President Cyril Ramaphosa after his predecessor, Tito Mboweni, stepped down from the post. Godongwana is currently the African National Congress’s economic transformation subcommittee’s head in the National Executive Committee.

The Minister was born in the Eastern Cape and matriculated from St John’s College in Mthatha. Following high school, the Minister went on to obtain an MSc degree in financial economics from the University of London in 1998.

Godongwana’s time in the private sector

The Minister has enjoyed success in the private sector including serving as a director of paper and packing giant, Mondi, and for Platinum Group Metals. Godongwana chaired Canyon Springs Investments 12, a company which he jointly owned with his wife.

The shell company was found to be involved in allegedly defrauding factory workers of R100 million of their pension fund money from 2007 until 2011.

The Minister’s R1.5 million salary was found to be drawn from funds loaned to the company by the Southern African Clothing and Textile Workers’ Union.

The loaned funds were allegedly never returned to the union, with Godongwana claiming that he was unaware of the sources of the company’s funding. Two other co-owners of the company would later have fraud cases opened against them for failing to repay the loan.

Godongwana was a shop steward for the Metal and Allied Workers Union from 1979, later becoming the general secretary of the National Union of Metalworkers of SA from 1993 to 1996. Under former president Jacob Zuma, the Finance Minister would serve as deputy minister of public enterprises and deputy minister of economic development.

Following the scandal with his company, the Minister resigned from these posts. The United Democratic Movement accused Godongwana of using his position in the DBSA to engage in corruption through companies he had stakes in, as recently as 2020.

Where can the address be viewed?

The 2022 Budget Speech will be delivered at 2PM on Wednesday and is set to be live-streamed across numerous social media platforms.

Members of the public can follow the Budget Speech and other parliamentary sittings live on Parliament TV (DSTV Channel 408), through live stream on Parliament’s website, Parliament’s YouTube channel and Twitter page, on the links below.