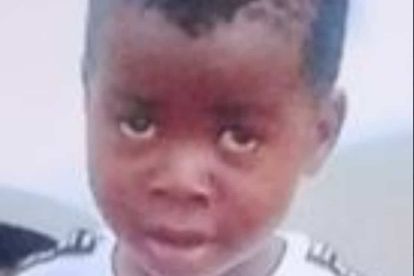 SAPS have issued an immediate statement after a four-year-old boy was kidnapped in Gauteng on Tuesday evening. It’s understood that Aubrey Banda was abducted by an unknown suspect in the region of Moddereast, sparking an ‘Amber Alert’ notice from the authorities.

Aubrey Banda kidnapping: What we know so far

On Wednesday, police compiled a brief fact-file about the missing child. They believe that this information will be crucial in finding the youngster, and contact details for the investigating officer have also been shared.

SAPS also confirmed that the boy was wearing a dark blue jersey when he disappeared. In a desperate appeal for witnesses, police have implored anyone with any information to get in touch as soon as they can.

“Aubrey Banda, a four-year-old male, was kidnapped by an unknown suspect on Tuesday 22 September at Old Apostolic Eastvale, Auteniqua Road in Moddereast, Gauteng. The boy was wearing grey trousers and a dark blue jersey. If you have any information please call the Investigating Officer or Crime Stop at 08600 10111.”

Where is Aubrey Banda? Police scramble for answers

The timing is, for lack of a better word, poignant. Protesters in South Africa are already leading demonstrations against kidnapping crimes in this country, and the disappearance of Aubrey Banda is likely to light a fire underneath this discontent.

Gauteng’s reputation as a ‘hotspot’ for human trafficking is likely to come back under the spotlight. Of the 16 confirmed human trafficking cases reported to SAPS last year, 11 of them happened in this province. Furthermore, four of the top five police stations with the most reported kidnappings in the last 12 months reside in Gauteng.