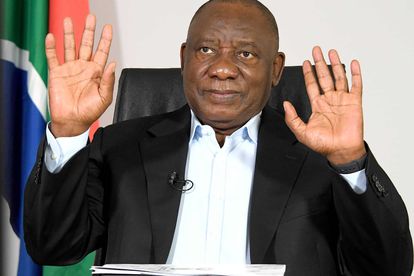 More family meetings like this, please: Cyril Ramaphosa was in the rare position of being able to deliver some good news during this pandemic, confirming that South Africa would move into Level 1 restrictions from Monday 1 March.

Cases have been tumbling in South Africa for most of 2021, and some of the harsher restrictions – including an alcohol ban and the closure of our beaches – were lifted at the beginning of February. Progress has continued unabated for Mzansi, even as warnings about a third wave of COVID-19 remain in place.

When will South Africa move to Level 1?

As the winter months arrive, a resurgence of the virus is likely. But for now, the situation seems relatively positive. And, as summer transitions in Autumn, the cooler months will bring some joy to the public in the run-up to Easter.

President Ramaphosa was in a bullish mood on Sunday evening, paying tribute to the healthcare staff that have been working tirelessly to prevent COVID-19, with various forms of medical treatment. They are the ‘true heroes’ of the past 12 months, and after recognising their achievements, Cyril confirmed that SA would move to Level 1 of lockdown.

Level 1 restrictions – what will change for South Africa?

South Africa kick-started its first phase of the vaccination rollout programme using the Johnson & Johnson vaccine this month. Healthcare workers were the first to receive the shot of the 80 0000 J&J jabs, which the department has described as a success. It was tested in a large trial of almost 44 000 people, of whom 7 000 participants came from South Africa.

The study also provided a good picture of how the vaccine works against the new 501Y.V2 variant, which is dominant in South Africa and currently responsible for around nine in 10 of all COVID-19 infections detected during the second wave.

The vaccines will be available at 17 hospitals throughout the country where teams of researchers and vaccinators will work together to deliver the vaccine to health workers up to 10 hours a day, seven days a week.