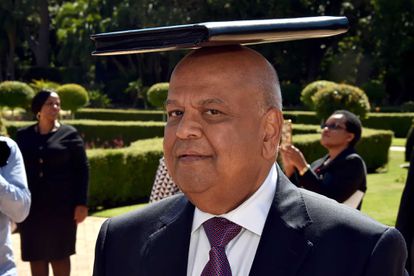 The war of words between the DA and Public Enterprises Minister Pravin Gordhan intensified this week, following a tense set of exchanges in Parliament. The ANC stalwart has been accused of ‘holding both the National Assembly and the public in contempt’, after allegedly failing to respond to questions relating to the SAA bailout.

During the Standing Committee on Public Accounts (SCOPA) meeting on Wednesday, Gordhan vowed to provide answers to all queries regarding SAA within a week. However, the DA remains highly doubtful he’ll meet this deadline.

SCOPA meeting on SAA has become a farce. Obfuscation & no detailed answers! Waited 6 months for answers to questions put in May & received limited replies & in some cases no replies at all.

Alf Lees, a member of the DA SCOPA Committee, branded Minister Gordhan as ‘financially illiterate’ for allowing another R10.5 billion bailout to be commissioned for the flailing airline. Lees said his opposite number was acting ‘like he thought he was above the law’, claiming that Pravin had gone six months without answering some of his most urgent questions.

“Most of the questions on SAA and SA Express have been submitted to him before on 18 May 2020 and the DA is yet to receive any response from the Minister. This shows Minister Gordhan’s complete disdain for Parliament and its committees and by extension, the South African public.”

“It is the constitutional obligation of Parliament and its committees to hold the Executive to account and Minister Gordhan cannot be allowed to act as though he is above accounting to Parliament.”

“The Minister’s insistence on wasting another R10.5 billion on the dead duck SAA vanity project at the expense of service delivery and the creation of jobs for the millions of unemployed South Africans is wasteful, immoral, and financially illiterate and the DA will not support this appropriation when it comes before Parliament later this year.”