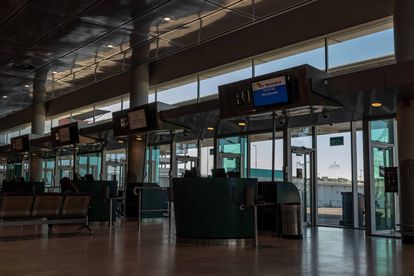 In a response to a Parliamentary question, Transport Minister Fikile Mbalula has revealed that four key airports in South Africa may be renamed in the months to come, as the result of various proposals and public participation processes.

Responding on Tuesday, Mbaks explained that the proper channels are being followed in order to ensure these renaming projects are completed in a fair and transparent manner:

“A report outlining the methodology undertaken in ensuring a transparent public participation process, as well as the outcome of proposals, has been submitted to the Department of Transport and is being considered by the department.”

“Any changes of geographical names are subject to approval, after receiving recommendations from the South African Geographical Names Council (SAGNC). The report also includes the process of renaming of four domestic airports, which is facilitated by provinces and municipalities.”

What airports may be renamed in South Africa?

In total, four facilities in three provinces could see their identities change in 2021:

It’s worth mentioning that the Eastern Cape Government doesn’t just want to rename a local airport. They are also looking to change the name of three towns in the region. Under the proposals, East London would become KuGompo, King Williams Town would be renamed as Qonce, with Berlin changing to Ntabozuko.

This wouldn’t be the first time such a transformative move gets sanctioned in the Eastern Cape. In 2018, Grahamstown became Makhanda – causing a stir in the process. Indeed, the latest suggestions have also upset the apple cart.