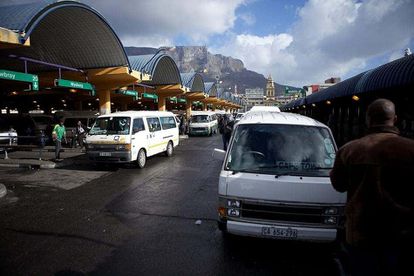 Western Cape Transport MEC Donald Grant has called for an end to the taxi strike in the province, which he deems “unnecessary”.

Taxi unions in parts of the province withdrew their services on Monday, embarking on a strike voicing their displeasure over the leadership – or lack thereof – of the industry’s umbrella body, South African National Taxi Association Council (Santaco).

Why is there a taxi strike in the Western Cape?

Leadership issues around Santaco in the province have raged on for years and, in June, the Western Cape High Court ordered that the council convene to resolve many of its issues.

A task team called the Mini-bus Taxi Industry Task Team (MTITT) was formed, representing provincial taxi organisations like the Cape Amalgamated Taxi Association (Cata) and Congress for Democratic Taxi Associations (Codeta), which collectively cater to about 70% of taxi passengers in the province.

The task team is now demanding that an urgent provincial elective conference is held ahead of the national conference set to take place on 14 August.

Read: Taxi bosses warn JMPD of impending strike should demands not be met

In response to Monday’s taxi strike, Grant has slammed the task team, saying it’s only succeeded in sowing divisions.

“This is the same group that organised a ‘taxi strike’ on Monday 18 September 2017, which resulted in injuries to innocent commuters and millions of Rands of damage to property, including the burning of 3 buses and several private vehicles,” he said.

“It is reported that two GABS buses have already been burnt as of this morning, and various incidents of intimidation have been taking place at various transport interchanges.

“The Western Cape Government strongly condemns such actions, and will support law enforcement authorities in holding those responsible accountable.”