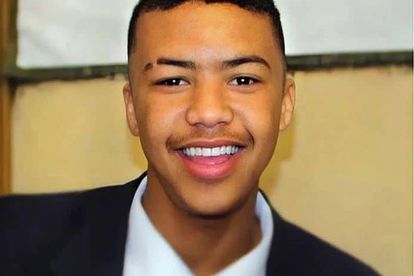 A recent fatal stabbing of a Western Cape learner has sent a shockwave after it came to light what he was actually killed for by a friend.

According to Women for Change, Zanton Basson (17), a learner from Rocklands High was fatally stabbed by his friend at Westgate Mall, Mitchells Plain last month.

“It is alleged that an argument broke out between the two after Zanton corrected his friend for being rude to an elderly person. His friend then turned and stabbed him in the chest.”

It is reported that the Western Cape learner was rushed to Melomed Hospital where he had been stabilised but took a turn for the worse and he sadly passed away the day after.

His friend, (22) was later arrested and sent to Pollsmoor Prison after appearing at the Mitchells Plain Magistrate’s Court.

“It is with sadness that this 17-year-old young man’s young life had to be cut short so suddenly and so cruelly on Friday 18 November 2022. This tragic news undoubtedly changed our lives forever. His loving family, his classmates, the staff, his friends and all who were touched by his life, not forgetting the broader community. We are all devastated by his tragic loss.”

“On Sunday,20 November 2022 we gathered at school to try and process this horror. The number of red, teary eyes, learners, parents and teachers hugging and comforting each other and noticeably his classmates sitting with their hands struggling to control their emotions was just a small indication of the significant influence Zandton had on our lives,” he explained.

He added: “Zanton was a true Rocklands High school boy. Of his endearing qualities was his gentle disposition. Always affable when engaging others. A magnanimous heart. He greeted every teacher he walked passed and always had a smile on his face. In my understanding, he brought liveliness to class conversations, and his positivity and warm presence had a remarkable effect on all who came into contact with him. He truly embodied the Rocklands High spirit of passion.
The school nor his class will never be the same again. His young life, cut down suddenly, has left a void which his precious memory will have to fill. He will never be forgotten. His memory will live in the shattered hearts of all that are overwhelmed with sadness”.

‘The Cat’ is out: Deputy President David Mabuza reportedly resigns