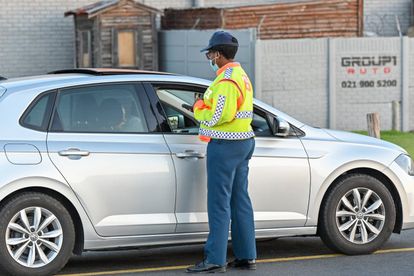 The Western Cape Department of Transport and Public Works has revealed that the province’s traffic services collected over R7 million in traffic fines in one week.

The Department said a total of 38 156 vehicles were stopped and checked.

A total of 168 speeding offences were recorded and 8 692 fines were issued for various traffic violations ranging from driver to vehicle fitness in the total amount of R7 437 600.

Sixteen vehicles were impounded and 107 were discontinued for unroadworthiness.

The highest speeds recorded this week were as follows:

A total of 24 crashes occurred in the reporting period, and 24 fatalities were recorded:

“Speeding is a serious concern. The faster you drive, the less time you have to respond to an emergency and the more space you need to stop to avoid a crash. Speeding drivers risk the lives of the people in their vehicles, and the lives of others.

“Road safety is everyone’s responsibility. Whether we use the road as drivers, passengers, cyclists, motorcyclists or pedestrians, every one of us should take personal responsibility for our behaviour as road users. Let us all strive to be the change we want to see on Western Cape roads.”