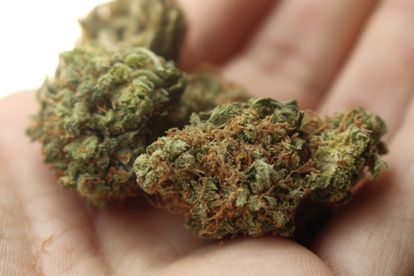 Two police officers have been sentenced to hefty direct imprisonment in the Western Cape after they accepted bribes to return cannabis they confiscated during a search and seizure.

The National Prosecuting Authority (NPA)spokesperson Eric Ntabazalila said the court sentenced Gerald Nolan van Nel and Justin Mthetheleli Mhlontlo to an effective five years imprisonment each, after their conviction on a charge of corruption.

The court sentenced the two members of the South African Police Services, who were based in Ocean view to ten years imprisonment.

“Half the sentences were suspended on the condition that they are not convicted for corruption, fraud, and forgery during the period of suspension.”

The court further declared them unfit to possess firearms.

During the trial, the court heard that the accused attended a crime scene on 16 January 2015, where an alleged murder was committed.

They searched a house pointed out to them and found two bags of cannabis on the premises.

The two were with their colleague Jacob Store, who was sentenced to five years imprisonment, wholly suspended for five years after he entered into a plea and sentencing agreement with the state.

“They took Thulani Mazele with them to the police station and did not declare the cannabis confiscated on the crime scene.”

Ntabazalila said they instead accepted an amount of R2 100 from Mazele for the release of the cannabis.

They escorted Mazele to his residence, to fetch the money and to drop off the cannabis.

“They divided the money, with each pocketing R700.”

He said the state asked for direct imprisonment to be imposed,  while the defence suggested a more lenient sentence.

The court found that correctional supervision and/or a suspended sentence were not a just sentence after the defence argued for the same to be imposed.

Bell said there was a zero-tolerance approach to corruption in the province and hoped that the sentence sent out a strong message to be would-be offenders to deter them.