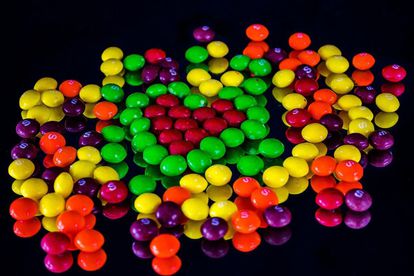 Skittles candy is involved in a lawsuit after it was revealed that it contains an ‘unsafe’ additive called titanium dioxide. Photo: Stock Image / Pixabay

Skittles candy is involved in a lawsuit after it was revealed that it contains an ‘unsafe’ additive called titanium dioxide. Photo: Stock Image / Pixabay

Sometimes all we want to do is ‘taste the rainbow’ but it seems rainbow tasting is a far stretch away thanks to a new lawsuit involving Skittles candy.

A lawsuit in California, USA, has claimed that Skittles are ‘unsafe to consumers’. The lawsuit cites that the popular sweets have ‘heightened levels of titanium dioxide (TiO2)”. Titanium Dioxide, according to WebMD, is often used in food and sunscreen products as both a colour enhancer and UV filter.

Six years ago, Mars Inc, promised to remove the enhancer from its products – the lawsuit claims that this is misleading and unsuccessful.

FDA regulations allow the use of titanium dioxide as long as the levels do not go over 1% of the food’s weight. The lawsuit states that although Skittles are within FDA guidelines, Mars Inc. does not adequately inform its consumers about the additive.

Companies such as Dunkin Donuts have made efforts in removing titanium dioxide and other artificial colourants from their products.

The New York Times revealed that a study published last year raised the possibility that titanium dioxide could play a role in colorectal cancer and inflammatory bowel diseases.

Last year Department of Health spokesperson Foster Mohale stated that titanium dioxide is allowed for use in South African food products. Although the EU Commission has stated that the additive is unsafe, it is still widely used in the USA, Mexico, Canada and even Australia.

In other lawsuit news, it was previously reported that a man residing in China has reportedly sued his former stepson after getting divorced to the boy’s mother. Described under the surname ‘Tang’ the man is alleged to have sued his stepson, Liu, for the cost of raising him.

The demands of Tang to his former stepson Liu amounts to 35 200 yuan (around R83 207). This amount is said to cover the living expenses that Liu racked up during his time at University. Liu was reportedly in university for four years while Tang covered the cost of the room and board.