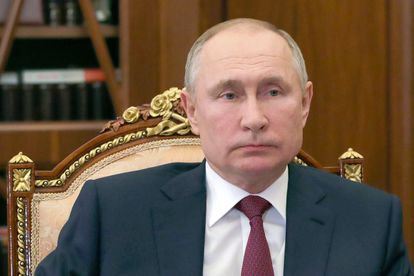 As the situation in Ukraine persists and Russia shows no signs of ending its assault, a former British Army chief says the North Atlantic Treaty Organisation (NATO) and Western allies should not rule out the possibility of assassinating Russian President Vladimir Putin.

Russia’s invasion of its neighbour prompted nearly two million people to abandon their belongings and cross into neighbouring countries like Hungary, Poland, Romania and Slovakia. It has now morphed into a humanitarian crisis, which has seen hundreds of innocent Ukrainian civilians – including children being killed.

IS ASSASSINATING PUTIN THE WAY TO GO?

Now, Colonel Richard Kemp, who commanded British troops in Afghanistan, reckons one way to effectively end the situation is taking out the man responsible for all of it. Vladimir Putin’s ruthless attacks in Ukraine have led to the international community imposing a series of sanctions on him and his government, but it seems even that isn’t enough to make him stop.

“NATO should consider all options to remove him from power. That would include killing him although it is not likely to be viable or desirable,” he told The Mirror.

Kemp says at the very least, Putin should be facing war crime charges from the International Criminal Court, but then adds that such will unlikely happen. Kemp notes that assassination may not necessarily be a desirable resolution, but may be the only way to prevent more bloodshed in Ukraine.

“If it came to assassination that might be unpalatable to many but his life has no greater value than the lives of the thousands he has already murdered in Ukraine and elsewhere and may well kill in the future. He is the ‘Supreme Commander in Chief’ of the Russian forces who ordered an illegal war of aggression and is a legitimate target”

“Osama Bin Laden, Islamic State chief Abu Bakr Al Baghdadi and Iranian Republican Guard Commander Qasem Soleimani all represented direct threats to the West. They were all killed to counter those threats. Putin represents a permanent and deadly threat that will remain while he is in power”