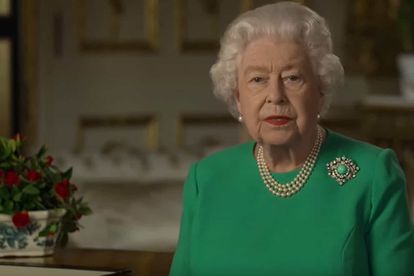 Queen Elizabeth II addressed the UK and the Commonwealth in a special broadcast recorded at Windsor Castle on Sunday 5 April 2020.

It is reported that while the Queen’s Christmas Day message is an annual event, only rarely has she made rallying speeches at key moments in the life of the nation – predominantly at times of crisis and grief. In fact, this is only the fifth televised address of her 68-year reign.

She also went on to acknowledge the grief and financial hardships most people are facing during these unprecedented times.

Echoing the words of the Vera Lynn wartime song, she said that ‘we will meet again’.

“While we have faced challenges before, this one is different,” she said further. “This time we join with all nations across the globe in a common endeavour, using the great advances of science and our instinctive compassion to heal. We will succeed – and that success will belong to every one of us.”

The broadcast came hours after officials said the death toll in Britain from the virus had risen by 621 in the last 24 hours to 4 934 with high fatalities still expected in the next week. It is reported that the British Prime Minister, Boris Johnson is among those in self-isolation after testing positive for COVID-19, and the queen’s own son and heir Prince Charles has recovered after suffering mild symptoms of the virus.

The four other times the Queen has addressed the nation

The only other time the Queen has addressed the nation in this manner was during her diamond jubilee in 2012, on the eve of her mother’s funeral in 2002, on the death of Diana, Princess of Wales, September 1997 and at the beginning of the land war in Iraq on 24 February 1991.