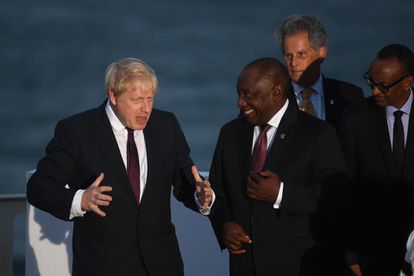 President Cyril Ramaphosa says he is scheduled to talk to the United Kingdom (UK) Prime Minister Boris Johnson over its decision to continue imposing travel restrictions on those coming from South Africa.

Ramaphosa held a media briefing on Wednesday evening, 29 September 2021, reflecting on the ANC manifesto, which he presented just days prior. He faced tough questions on several issues, including the Digital Vibes scandal and the UK travel red list.

“On the issue of the UK putting us on a red list, I think this is the most unfortunate situation that we have been subjected to. I’m due to speak to Prime Minister Boris Johnson”

The country revised the list earlier this month – removing eight countries, including Bangladesh, Egypt, Maldives and Kenya, however South Africa did not make the cut. This means that those travelling from the country to the UK will only be allowed entry if they are British or Irish nationals or have residence rights in the UK.

Ramaphosa: SA will not retaliate against UK

The UK-SA red list debacle has sparked wide condemnation, including calls for South Africa to impose the same restrictions on Britain, however President Cyril Ramaphosa says such a move would not be on the cards.

“We don’t have the need to retaliate… because the UK is an important trading partner to South Africa, one of the very important ones. We should rather engage, and through our engagement, we hope we will find a solution,” Ramaphosa said.

Just several days ago, EFF leader Julius Malema had suggested that South Africa retaliate against the UK and that the ANC government should create its own red list, by flagging countries with a history of colonialism.

“I don’t have anything to do with the UK. We don’t want to be the subjects of our colonial masters. Why should any of us try to go to the UK, and why doesn’t the ANC government put the UK on a red list themselves? They have been red from colonial times. Put them on a red list, ask them for the same visas, because we are EQUALS,” he said.