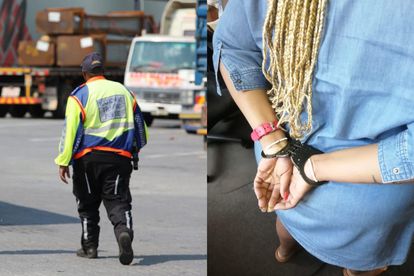 Two traffic officials from the City of Tshwane Pound appeared in court today, Monday, 17 October. This after they were arrested over the weekend on allegations of soliciting bribes from motorists.

“The arrests came after (NTACU) public complaint hotline received a barrage of complaints from members of the public regarding the unlawful conduct of the officers working at the City of Tshwane pound,” he explained.

“The modus operandi entailed law enforcement officers towing an illegally parked vehicle in the city to premises of pound at Madiba street, in Pretoria. When the owner retrieves an impounded vehicle, officers would then allegedly solicit bribes before releasing the vehicles.”

He added that the conduct of the accused City of Tshwane pound officials was placed under surveillance before National Anti-Corruption Unit pounced on them.

“This is after a sting operation was conducted at the pound and the two accused took a bribe amounting to R1000 from an undercover agent to release an impounded vehicle. The officials [appeared] at the Magistrates court in the district of Tshwane central for bail applications today, 17 October 2022.”

RTMC APPEALS TO THE PUBLIC TO CONTINUE REPORTING CORRUPTION

“Members of the public are encouraged to join the campaign against fraud and corruption by providing information to the ntacu@rtmc.co.za or through the WhatsApp line 083 293 7989,” Zwane appealed.

In other news, two cashiers, a male and female were arrested by RTMC for allegedly issuing driving licence fraudulently and unlawfully in Westonaria, GP. The arrest follows complaints from members of the public who were concerned about the conduct of the officials in the licensing office.