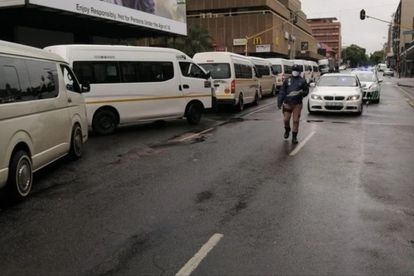 The City of Tshwane is condemning continued violence in the taxi industry after the killing of a taxi association chairperson. PHOTO: Arrive Alive

The City of Tshwane is condemning continued violence in the taxi industry after the killing of a taxi association chairperson. PHOTO: Arrive Alive

The chairperson of the Centurion Taxi Association was brutally killed last week. This recent killing has angered the City of Tshwane which condemns the continued killings in the taxi industry.

This comes hardly six months after the ruthless murder of Thapedi Frank. Frank was the chairperson of the Atteridgeville, Saulsville Taxi Association (ASTOA).

He was killed on 20 May in Atteridgeville, Tshwane MMC for Roads and Transport Dikeledi Selowa said.

“The horrible crime occurred while the country’s transport sector is engaged with preparations for the celebration of the October Transport campaign.”

Selowa described the slain chairperson as a profound leader of the Tshwane Taxi Industry.

Not only was he the chairperson of the CTA, but also the Treasurer of the newly established Tshwane Gauteng National Taxi Alliance (TGNTA).

The city was planning on having an introductory meeting with the alliance soon, she said.

“His passing is a great loss not only to his family, friends, the taxi industry and the community but also to the City of Tshwane.” Selowa said.

In August, a taxi owner, 56, was shot and wounded in front of the Centurion Golf Estate. He was reportedly gunned down at the estate’s parking area by four men who travelled in a white BMW.

As MMC of Transport in Tshwane, Selowa “strongly condemns” the continued killing in the taxi industry.

“In this moment of sorrow, I urge law enforcement agencies to leave no stone unturned to ensure that the perpetrators of these brutal and merciless killings in the taxi industry are brought to book,” said the MMC.

She says the city is committed to fighting the scourge of killings and violence in Tshwane’s taxi industry.

“With the same breath, and on behalf of the city, I wish to convey our deepest condolences to the family, friends and colleagues of Mr Mokoena.”