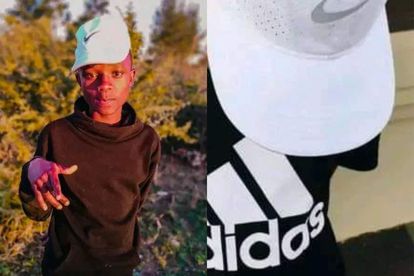 A 16- year-old teenager was reportedly stabbed and killed for his Nike cap this past weekend.

According to Polokwane Weekly, the teenage boy was on a school trip in Botlokwa when the alleged scuffle broke out.

The publication reported that Itumuleng Moses Modiba, also known as Stumza lost his life after he was stabbed allegedly for his white Nike cap.

HOW THE INCIDENT TOOK PLACE

Stumza allegedly had an altercation with other boys, who wanted to confiscate his white cap at Sekonye village.

When he refused, one of the boys stabbed him in the stomach. He was then rushed to the hospital where he succumbed to his injuries.

The teenager is reported to have been a pupil at Frans Mohlala Secondary School in Mankweng.

Polokwane Weekly also reported that Botlokwa police have confirmed that a suspect was arrested and will be appearing at a local court soon.

SOCIAL MEDIA HAS ITS SAY ON THE MATTER

Social media users weighed their thoughts on the tragedy.

Lesley Karma Waga Matlala said: “I repeat, I don’t see the purpose of an underage to own a smartphone or watch TV unless for educational programs”.

“Police failed to deal with this grouping thing, on another hand our justice system is weak, an eye for an eye can be the solution.”

Fredy Morakapitsi Seima said: “Justice for the boy who just died for a cap, this is heartless”.

Molatelo Dikotla said: “This is so so sad and heart-breaking to the family and may they be comforted, and may his soul rest in eternal peace, and may his killer never find peace”.