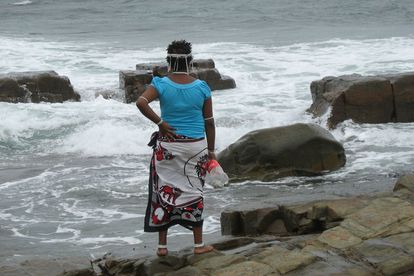 Traditional leaders in KZN are meeting with the provincial Cogta MEC to raise issues regarding the ongoing killings of leaders. Photo: cindy.kreiner / Flickr

Traditional leaders in KZN are meeting with the provincial Cogta MEC to raise issues regarding the ongoing killings of leaders. Photo: cindy.kreiner / Flickr

Traditional leaders from KwaZulu-Natal are meeting with MEC Sipho Hlomuka in Durban. Hlomuka is the provincial Co-operative Governance and Traditional Affairs (Cogta) MEC.

A number of traditional leaders have been killed in KZN

Before this, Chief Mandlakayise Nxumalo at Nazareth in Ladysmith was murdered at his traditional council offices. Spokesperson for Cogta in KZN Nonala Ndlovu confirmed that MEC Hlomuka is meeting with the traditional leadership.

“He is really distraught because barely a week after burying Inkosi Nxumalo. He has received the news of the demised Inkosi Msingaphantsi of Umzimkhulu and Induna Nene from Estcourt. Both the Amakhosi and MEC are deeply moved by these incidents which really challenge the dignity that should be accorded to the institution of traditional leadership,” said Ndlovu

In March, Secretary for the Congress of Traditional Leaders (Contralesa) in KZN Inkosi Nhlakanipho Maphumalo spoke about the ongoing killings. He stated that the killings will be the top agenda at the provincial elective conference.

Government has established a task team to address issues faced

SABC News reported that the South African government established an inter-ministerial task team that aims to look at issues relating to traditional leaders.

Deputy President David Mabuza stated that the task team will address issues raised by the institution of traditional and Khoi San leaders. This will be done to increase development in said communities.

Mabuza shared that some issues have taken time to resolve. He revealed that the government is confident that the processes they will be going forward with will have good results.

He further appealed to all sections in said institutions to allow space and opportunities for the process to work on the issues that have been raised.

Mourning KZN family attacked and robbed of Porsche after funeral

Talk about having a bad day! A mourning family in KwaZulu-Natal who had just attended a funeral was attacked in their home on Thursday by six armed robbers. And to top that, the robbers made off with a Porsche.