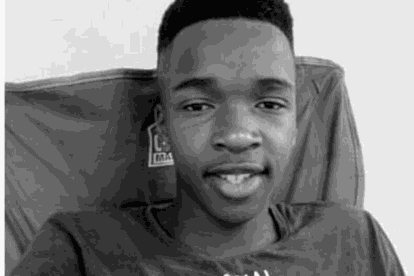 Six suspects were arrested in connection with the disappearance of Andile Mchunu.

Six suspects were arrested in connection with the disappearance of Andile Mchunu.

With six men and a minor accused of killing Tongaat teenager Andlile “Bobo” Mchunu appearing in court again on Tuesday 19 May, residents of the KwaZulu-Natal (KZN) town have petitioned to the court to deny them bail.

The trial was postponed, with prosecutors raising concern about their own safety having been filmed by some of the aggrieved families in the community.

The 16-year-old Mchunu was last seen being beaten by a group of men at a tavern in the area on 27 April after he was accused of trying to steal liquor. Visibly injured, he then went missing, with unconfirmed remains discovered days later near a river thought to be those of the teenager.

The Tongaat community were enraged by the crime, calling for police accountability to be improved at the “ineffective” station. Police Minister Bheki Cele visited the area and the Mchunu family on 12 May and announced that a probe into their conduct was underway.

Regardless of the outcome of this probe, community members are demanding that bail is denied for the accused men.

With many residents protesting outside the court, as they did when the group last appeared, Hambanathi Community Policing Forum (CPF) member, Fata Shandu, said that the alleged actions of the men were “evil” and should under no circumstances result in them walking free.

“The entire community, in fact the entire country, is angry about what happened,” he said.

“The community is not prepared to see them outside. They are here to say ‘no’. It was an act of evil, of animalism. It is no time to allow such people to [receive bail].”

“There was a petition handed over to the senior prosecutor implying that these people must stay in jail, now and forever.”

A heavy police presence outside the court was called to disperse the crowd of protesters before the trial began, with the residents in clear breach of lockdown regulations.

The seven accused were not physically present in court, with one of the accused being a minor and COVID-19 lockdown regulations complicating the affair.

Instead, they appeared via video link from the correctional facility in which they remain remanded.

The case will resume on May 26, with the six adult accused remaining in custody and the minor being dealt with separately.