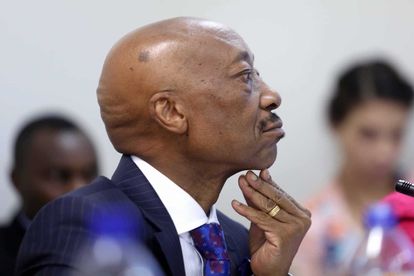 Do you ever follow some court cases and feel like you’re watching the same thing happen over and over again? Tom Moyane has returned to the Constitutional Court to challenge Cyril Ramaphosa’s decision to replace him with a new SARS commissioner.

It looks like Major Tom has been taking a few pointers off his friend, Jacob Zuma. Msholozi is famous for delaying trials by any methods possible. But when his chickens come home to roost, he turns to the appeals system. No, he does not use this avenue responsibly or wisely.

Keeping track of Tom Moyane and his appeals

We make this the fourth time Moyane has appealed some form of action which stops him from returning to his former position. But what’s the legal loophole allowing him to do this?

Well, our judiciary is complicated, but it’s a fantastic system. This is by no means a gripe with our roads to justice. But if a High Court rejects an appeal based on a political case, this opens up a pathway to the Constitutional Court. South African History Online explains how this process works:

How the appeal process works in South Africa

If ConCourt that the case has nothing to do with the constitution – as they’ve already declared with Moyane – that should usually be the end of proceedings. A politician could also go down the “Supreme Court of Appeals” route, but they cannot do this after going to ConCourt, as the SCA holds less authority.

Once the highest court in the land has made a decision, it cannot be appealed. What Tom Moyane is doing – some say cleverly, others say facetiously – is now going back to the court with a separate case: His appeal to stop Ramaphosa from appointing a replacement is different to his previous case, which wanted his sacking declared “invalid”.

Moyane has just been very wily with it all. His appeals to the court are based on three separate areas: The findings of the Nugent Commission, the actual decision to sack him, and the process to replace him.

But if you’re slapped with a costs order (Ahem, Mr Zuma) or given a sentence to serve, that too can be appealed. In effect, a defendant in this situation can appeal both the judgement and the sentence in h Court or the SCA, but ConCourt will be the end of the road.