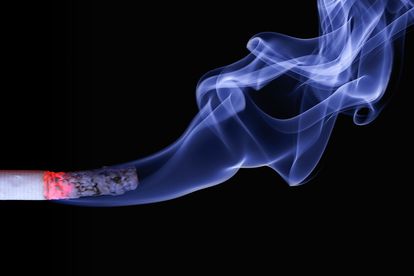 Cabinet announced that it had approved the submission of the Control of the Tobacco and Electronic Delivery Systems Bill bill to Parliament. Image: Pixabay

Cabinet announced that it had approved the submission of the Control of the Tobacco and Electronic Delivery Systems Bill bill to Parliament. Image: Pixabay

The Control of the Tobacco and Electronic Delivery Systems Bill is currently before Parliament and is aimed at strengthening South Africa’s public health protection measures, SA News reports.

Various changes will be coming into effect if this bill is passed. This includes the following:

Cabinet announced that it had approved the submission of the bill to Parliament in September 2022 after it was first published in May 2018.

The bill is said to have gone through extensive consultation with various stakeholders such as the tobacco industry, civil-society organisations and the relevant government departments.

ALSO READ: Youth forum calls for Tobacco Control Bill of 2018 to be passed into law

According to the World Health Organization (WHO), people who do not smoke tobacco but are exposed to second-hand smoke at home or at work increase their risk of developing heart disease by 25-30%.

Second-hand smoke is also said to have caused more than 7 300 lung cancer deaths each year among adults in the United States who do not smoke.

This as people who do not smoke but are exposed to second-hand smoke are inhaling many of the same cancer-causing substances and poisons that are inhaled by people who smoke.

In addition to adults, infants can suffer serious health problems from second-hand smoke.

ALSO READ: What controls can be put in Africa to curb the use of Tobacco?

Deputy Director at the National Council Against Smoking (NCAS), Dr Sharon Nyatsanza has stated that the tobacco industry is targeting children.

“Historically up until today, the industry because it has to sell the product has to make money. It also targets children because that’s where the make or break of the industry really is. They target children as replacement smokers.” Nyatsanza said.