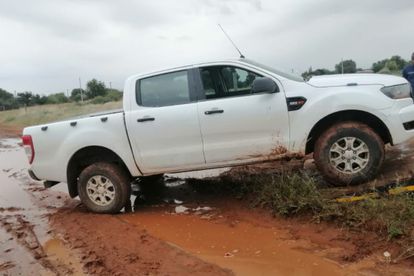 Three arrested in Northern Cape for tampering with essential infrastructure at a Vodacom tower. Photo: SAPS

Three arrested in Northern Cape for tampering with essential infrastructure at a Vodacom tower. Photo: SAPS

Three men were arrested at Magojaneng outside of Mothibistad for tampering with essential infrastructure.

THE MEN WERE ARRESTED WHILE TAMPERING AT A VODACOM TOWER

“On Saturday, 19 March 2022 at about 15:00 three men between the ages of 29 and 42 were arrested at Magojaneng outside of Mothibistad for tampering with essential infrastructure.”

He said after receiving a complaint from Vodacom about people busy tampering with a Vodacom tower, SAPS members of Mothibistad, Kuruman, and Kuruman POP quickly responded to the complaint.

“Upon further investigation at the scene, three male foreign nationals were arrested after being found with housebreaking implements including a grinder, spanners, extension cords, a battery and fire extinguishers, etc.”

HOUSEBREAKING IMPLEMENTS WERE FOUND IN THE MEN’S POSSESSION

A white Ford Ranger double cab was also seized as it is believed to have been utilized in the commission of a crime.

The Acting JTG District Commander, Brigadier Johnny Besnaar, commended the members for their swift reaction, which led to the arrests and confiscations.

All three suspects are expected to appear in the Mothibistad Magistrate Court on Tuesday, 22 March 2022, on charges of tampering with essential infrastructure.

Meanwhile, an Upington man was arrested and charged with the possession of protected plants after police searched a suspicious taxi with a trailer filled with bags.

According to police spokesperson Lt-Col Sergio Kock, policemen spotted the suspicious-looking taxi with a trailer filled with bags and immediately stopped and searched it.

“The vigilance of Sgt Riet and Const Hans from the Upington Magistrates Court netted a male taxi driver for illegal possession of protected plants.”

“The passengers allegedly confirmed that the bags belonged to the driver; hence he was arrested by the SAPS.”