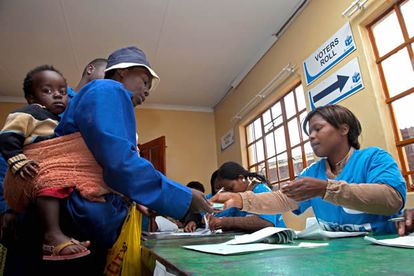 Residents of Attridgeville queue to cast their votes at Mahlogonolo Ledwaba Centre.

Residents of Attridgeville queue to cast their votes at Mahlogonolo Ledwaba Centre.

25.39 million — The number of registered voters

26,701 — The number of registered overseas voters (it is not yet known how many voted abroad last week)

2.5% – The percentage of registered voters who are “born-frees” (citizens born after 1994)

22,263 — The number of voting stations in South Africa

62,892,200 – The number of ballot papers the Independent Electoral Commission (IEC) says it has printed and distributed

16.7 – The percentage of votes the DA gained in the last national election in 2009

65.9 — The overall percentage of votes the ANC gained in the last national election in 2009