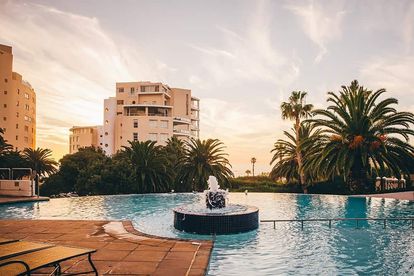 Perhaps more than any other city in the world right now, Cape Town is having to think long and hard about adapting to the challenges posed by global warming. At The President Hotel, Earth Hour is an event taken very seriously.

For 60 minutes on Saturday, people all across the planet were encouraged to shut their power off. The global campaign aims to highlight how we can ease the burden on our planet’s resources, just by doing something small together.

When we visited The President Hotel in Bantry Bay, Cape Town, the lights went down… but the show went on. To mark the ecological event, chef Phil Alcock put together an environmentally conscious menu that proved sustainable food can also be sumptuous.

Turning off the lights, and turning on the style

Al Fresco dining has never been so classy. We were guided to our seats, through a luminous pathway of candles, by the enthusiastic and charming staff. The service was most certainly a sign of what was to come ahead of Earth Hour.

A string-quartet hit all the right notes, whilst there was something so perfectly apt about the fire dancers who performed against the pitch black backdrop, as the wind rain swept across Bantry Bay.

The ambience was delightfully immersive; but we were on a mission to taste some damn fine food. This is how we got on…

A post shared by Unpretentious Veggie (@unpretentiousveggie) on Mar 24, 2018 at 2:23pm PDT

The veggies were the headline act here, rising head and shoulders above anything else on the plate. The couscous – doubling up as “golden sand” of Earth – was perhaps a more standard affair, playing a subtle second-fiddle to the peppers and squash.

The golden cheese truffle became a victim of its own spectacular title. There was an overpowering bitterness to the side; a rare blot on the menu’s copybook. 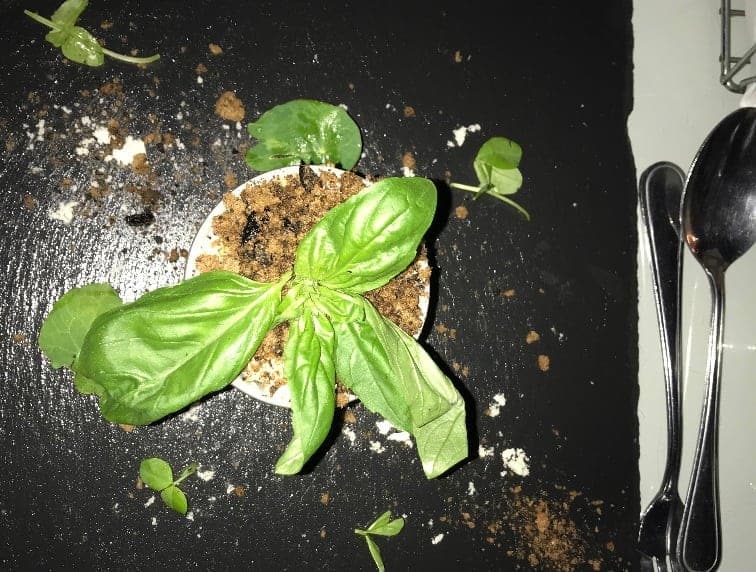 We may have found room for improvement with the vegetables, but the potted basil gave us no such chance. The smoked trout exhibited the finest flavours of the night, as the rye soil and creme fraiche sat lightly on the pallet. 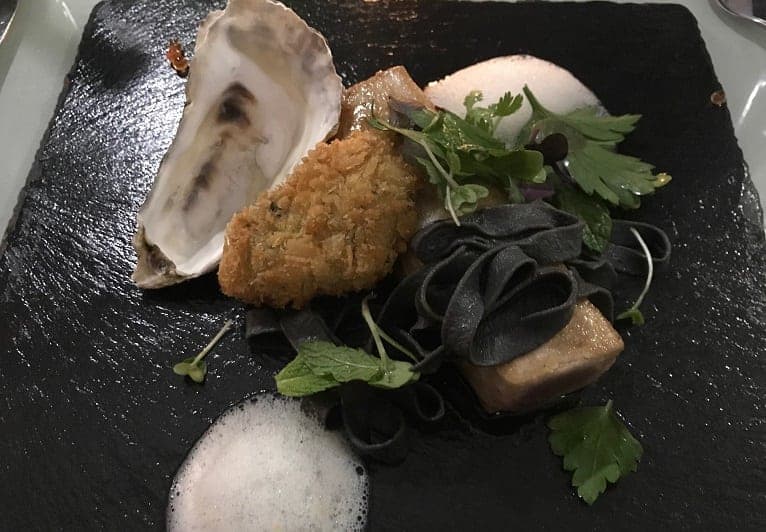 The seared tuna was something special; tender enough to melt in your mouth, yet chunky enough to satisfy the hunger. This was the best-prepared meal of the night, and as for the deep fried oyster. Well. We won’t be having any other type from now on!

Elements of the Earth 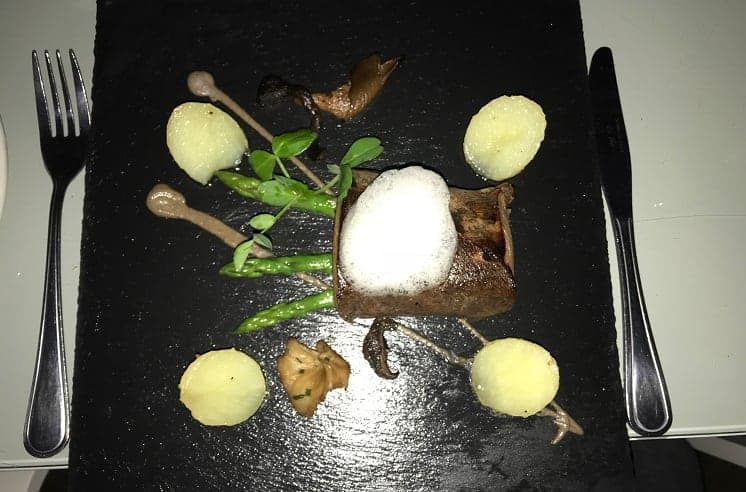 The smokey flavours of the springbok linger long on the pallet. Paired with the Beyerskloof Pinotage wine, we were able to fully indulge in a meal that felt like it was plucked right from the oven of Mother Nature’s kitchen.

The combinations were an immediate winner, and much like the tuna, the consistency and texture of the meat hit that Goldilocks Zone. It really was “just right”.

After Eight… Lights Off 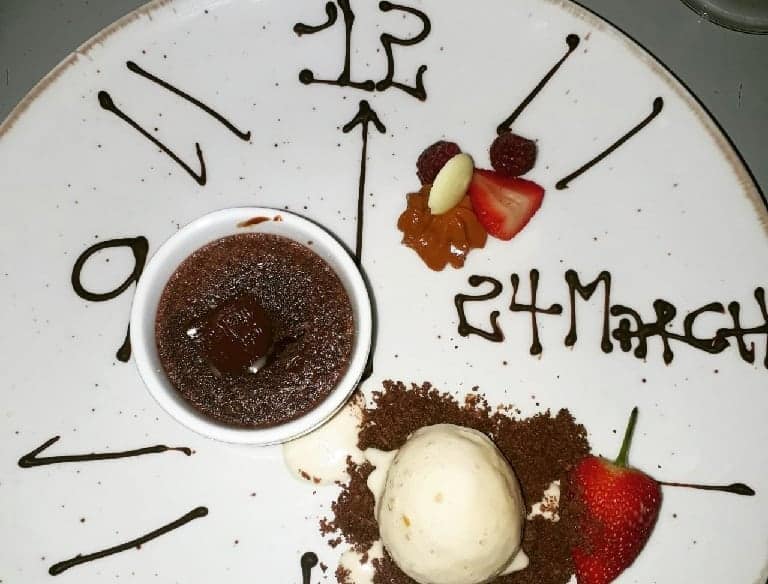 What other chocolate could be used to acknowledge with Earth Hour? This mint-infused fondant was the most fitting encore for this menu. We were treated to the most creative presentation of the night, too.

Underneath the fondant and ice-cream was a neatly-crafted chocolate clock face. It was a virtuoso sign-off for a dining experience that strived to impress. You can rest easy Mr Alcock, it’s very much job done as far as we’re concerned.

We were incredibly well looked after. Before we do our final lyrical wax about the culinary effort, it’s worth mentioning the staff get top marks for their hospitality.

The couscous was something of a passenger, whereas the golden cheese truffle became more like a backseat driver. But take nothing away from both starters, they were thoroughly enjoyable.

The mains were, for lack of a better word, exciting. Our tastebuds went on a mesmeric journey over both land and sea, and the elements of the environment truly arrived with us during the second course.

The dessert proved to be a chocoholic’s fantasy. It might not be everyone’s cup of tea, but if you’ve got an indulgent sweet-tooth, missing out on this dessert is a cardinal sin.