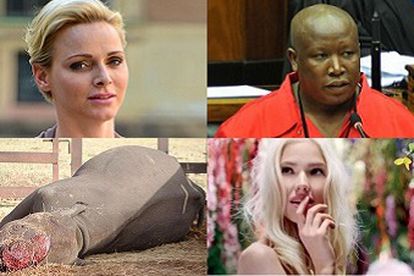 In case you missed them, here are our top stories over the last month:

The Home Office has come in the firing line following two recent recent cases involving South Africans who applied for UK citizenship but ended up threatened with deportation — on account of not providing evidence that they can speak English.
READ MORE

New regulations likely to discourage families from travelling to SA

In a bid to curb child trafficking, the South African government has introduced some controversial new document requirements with regard to children travelling in and out of SA. But will all the hassle prove worthwhile or will it chase away tourists?
READ MORE

The strange asylum case of Brandon Huntley, a South African circus worker in Canada may finally be near its end, as he has lost a key appeal to remain in the country after five years of legal battles, arguing that he feels persecuted by black South Africans back home.
READ MORE

TheSouthAfrican.com has gained access to some exclusive footage, which highlights the ongoing epidemic of rhino poaching in South Africa. The number of rhino deaths related to poaching activities across southern Africa have reached 442 in the first quarter of this year alone, and have peaked at a record number of 1004 in 2013, making extinction an imminent threat.
READ MORE

Cape Town still a murder capital of the world

Despite Jo’burg’s reputation as the most dangerous city South Africa, it doesn’t make the shortlist list globally when it comes to murder. And while Cape Town is the gang capital of South Africa, this may not be the main reason for the high homicide stats.

The extended practical joke that Die Antwoord has been pulling on non-Saffas isn’t over. For their latest trick, they’ve convinced a multinational luxury goods brand that they’re larny enough to be the sound of a perfume ad.
READ MORE

Government sources in Turkey claim that the leader of a global religious and political Islamist movement, Fethullah GÃ¼len, is seeking asylum in South Africa using nongovernmental organisations as channels to lobby with SA President Jacob Zuma. GÃ¼len is facing serious charges of trying to orchestrate a coup d’etat against Turkey’s government last year, which has been led by the Justice and Development Party with much unwavering support since 2002.
READ MORE

The announcement of Charlene’s pregnancy is bound to change the line of succession for the royal family in Monaco — a considerably feat for a small-town girl from Africa, who has already defied the odds as an Olympian. But as the face of Europe’s royal families changes at a rapid pace, is it still ‘en vogue’ to become a monarch?
READ MORE

As Malema and the Economic Freedom Fighters are dismissed from the National Assembly merely weeks into the new parliamentary session, we compiled some unique pearls of wisdom from the revolutionary leader, who forever has changed the way we look at berets…
READ MORE

From the bushveld to the streets of Jozi and the beaches of Cape Town and beyond, some things announce before you do that you are a South African…
READ MORE