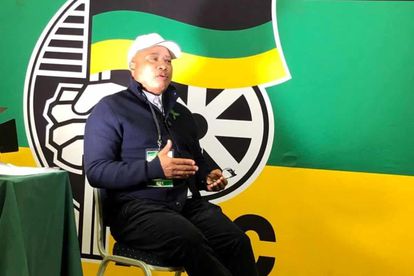 The African National Congress (ANC) member of the National Executive Committee (NEC) Tony Yengeni has claimed that the ruling party is in trouble, while at the same time paying tribute to his fellow comrade, Songezo Mjongile.

Mjongile, who was the ANC’s secretary in the Western Cape, died after a brief battle with colon cancer on Thursday, 17 September 2020.

“In terms of the current political conjuncture in the country and in the ANC, we all know where he stood. And at this point in time, comrades, the ANC is going through tremendous difficulties and challenges,” Yengeni said.

The remarks are likely in reference to the boiling tensions within Africa’s longest running liberation movement, mainly characterised by the factionalism that has reared its ugly ahead in recent weeks.

Yengeni is no fan of Ramaphosa, having been one of several in the ANC to reportedly call on the party president to resign, ahead of a crucial meeting. Like many other interesting developments in the ANC, this is likely to have been prompted by the controversial letter Ramaphosa penned to party members, addressing the graft allegations that many have been implicated in.

“Today, the ANC and its leaders stand accused of corruption. The ANC may not stand alone in the dock, but it does stand as accused number one. This is the start reality that we must now confront,” the letter said in part.

Yengeni is said to have called on the president to step down, amid allegations he used his deep pockets to secure votes at the ANC’s elective conference in Nasrec.

The ANC bigwig added that in light of the current state of the ruling party, Mjongile remained clearheaded and was committed to the ANC.

“I can say without hesitation, that Songezo, despite his strong views, he was no factionalist. He had a much more nuanced political position than many of us. He was matured politically and ideologically. He was a builder and a unifier,” he said.

He also reminisced about moments he had shared with him and reflected on his political career.