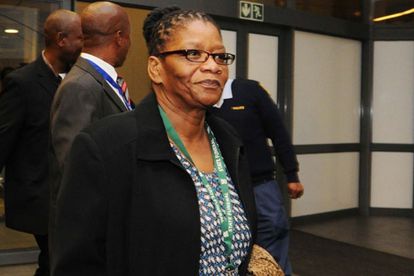 Since 2014, SA has spent over R359m sending military members to Cuba for training, according to Minister Thandi Modise. Photo: GCIS / Flickr

Since 2014, SA has spent over R359m sending military members to Cuba for training, according to Minister Thandi Modise. Photo: GCIS / Flickr

South Africa has reportedly spent a jaw-dropping R359 million on training military members in Cuba since 2014. There were a number of courses that members went through including training for:

Modise defended the Spanish lessons by stating that only courses such as medical and pilot courses were taught in Spanish. Therefore, it required members to spend a full year learning the language, reports TimesLIVE.

Modise stated that it is in the interest of the South African National Defence Force that members can hold conversations in foreign languages such as Spanish. The reason behind this is due to the “multilateral military relationships”, explained Modise.

ALSO READ: Are you Havana laugh? MPs furious over ANC plan ‘to donate R50m to Cuba’

Modise said that the military became aware of the aforementioned issues through social media. She added that no official or formal complaints regarding this were received. Modise stated that the organisation will be looking into the allegations.

Millions of rands have been spent yearly to train members

Marai requested a breakdown of the department’s cost to send members to Cuba every year for training. This was Modise’s answer:

Modise said that 105 members from the military, in all areas, were sent to Cuba for training in August last year. 75 of these members were sent for vocational training while the remaining 30 were attending senior courses.

Marais also requested the amount of money that it cost SA to send members through to Cuba and back. The total cost of the return flights to Cuba since 2017 was cemented as R136 million.