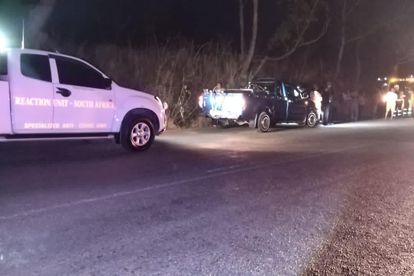 A teenager has lost his life after being killed in a hit-and-run accident this evening, Friday, 2 September.

TEENAGER KILLED IN HIT-AND-RUN IN KZN

According to Reaction Unit South Africa, a 14-year-old teenager was killed on the P100 in Ndwedwe , north of KwaZulu-Natal.

“Members of Reaction Unit South Africa (RUSA) were called out to the scene at approximately 19:28 by passing motorists requesting assistance for the injured boy,” the company reported.

Reaction Officers and RUSA medics were immediately dispatched to the location provided and on arrival found paramedics from the Provincial Ambulance Service in attendance.

THE BOY DIES BEFORE MAKING TO HOSPITAL

The teenager suffered life-threatening injuries and demised prior to the arrival of First Responders.

“It was established that he was struck by a white Toyota Quantum (registration unknown) that was travelling at a high rate of speed.”

It is reported that the vehicle fled the scene following the accident.

HIT-AND-RUN INCIDENTS PICKING UP IN KZN

Incidents of hits and runs are slowly picking up in KZN.

ALSO READ: Fleeing robbers: One killed, another injured in Isipingo hit and run

In July, two fleeing robbers were struck by a speeding vehicle in a fatal hit-and-run collision on Phila Ndwandwe Road in Isipingo, south of the province.

The knife-wielding suspects were struck by the car after robbing a woman on her way to work.

According to PT Alarms one suspect died on the scene and the second suspect is alleged to have sustained injuries and was reportedly transported by an unknown private vehicle according to bystanders.

“The vehicle involved in the collision drove off. PT Tactical and PT Ambulance Service responded to the scene together with SAPS,” The security company further detailed.