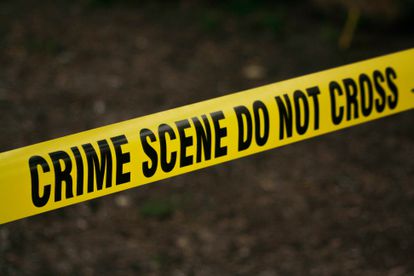 A 19-year-old man is accused of fatally shooting his own mother in their home after she confronted him about smoking inside the house.

According to The New York Post, Seth Settle from Florida killed his mother on Thursday, not long after his father left for work. The man soon received a phone call, informing him that his wife had been taken to hospital. By the time he picked up his daughter from school and got home, he was notified that his wife had died, authorities said.

Polk County Sheriff Grady Judd said the Settle had fled after the shooting, but was soon found. He then informed investigators that he shot his mother through his bedroom door after she told him to stop smoking cigars in his room and then closed the door. A nurse at the hospital said the woman had been shot in the heart, stopping it immediately and staunching the flow of blood.

According to Judd, Settle said he was depressed and had been holding the gun against his head before his mother entered the room. When he put the gun down, it accidentally discharged. But the sheriff isn’t buying it and believes he intentionally shot his mother through his door out of fury.

“The only people that are more shocked and stunned by this in law enforcement are the immediate family. No one could see this coming… He fled past her – didn’t help, didn’t call 911. I can’t begin to tell you the horror of this event,” he said.

Settle now faces several charges, including second-degree murder, tampering with evidence, providing false information to an officer and discharging a firearm on a residential property. Authorities believe the teenager purchased the gun from an individual.

YOU CAN ALSO READ: Senzo murder trial: ‘Bheki Cele born to be a taxi boss’ – Tweeps lash out