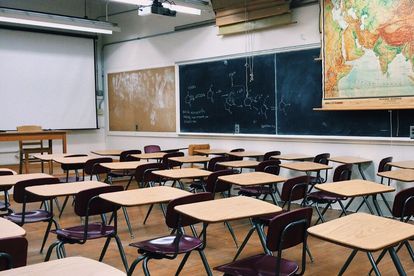 The Eastern Cape Department of Education has suspended a teacher who was arrested for sexually assaulting 21 students.

The teacher abused students between the ages of 13 and 17

The primary school teacher allegedly abused victims between the ages of 13 and 17 in class. EWN reports that in some cases, he lured the children to his home.

According to the National Prosecuting Authority (NPA), the 35-year-old committed the crimes between November 2021 and October 2022.

The accused is expected in court again next month

Spokesperson for the Eastern Cape Department of Education Malibongwe Mtima confirmed that the parents of the sexually assaulted victims and other educators will be receiving counselling.

The teacher appeared before the Lusikisiki Magistrate’s Court on Friday, 28 October. He is expected back in court next month.

“The parents are as shocked by this as us and they are supporting the learners as much as we are to ensure that during this period, they receive all the support they need for them to get better,” said Mtima.

Previously, it was reported that a 35-year-old man appeared in the Lusikisiki Magistrate’s Court on Friday, 28 October. He is a teacher at Mdingi Senior Primary School and is accused of a series of heinous sexual crimes.

The National Prosecuting Authority (NPA) said the 35-year-old teacher is charged with 15 counts of sexual assault and nine counts of exposing children to pornography.