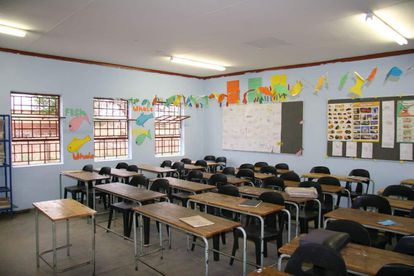 The South African Police Service (SAPS) arrested a 30-year-old teacher on Tuesday 19 November 2019 for child grooming, as well as the supply, expose, and display of pornographic material to a child.

The cell phone was placed under a pillow. The child was then confronted by her mother about the person who bought her the cell phone. The daughter eventually admitted that a 30-year-old man, who is believed to be an educator at the school where the child attends, bought it for her.

Out of curiosity, the mother went through the cell phone and discovered pornographic pictures that were exchanged between the teacher and the child. The police were immediately contacted and two cases were opened in this regard.

The Provincial Commissioner of Mpumalanga, Lieutenant General Mondli Zuma, has welcomed the arrest of the suspect and expressed his disappointment on the disgusting actions displayed by this man.

“As a society we cannot allow such men of his calibre to prey on our innocent children like this one. Children go to school to learn so that they are well equipped to face the future. If adults that have been tasked with a huge responsibility to look after kids turn against them, then our future is doomed” Zuma said.

As previously reported by TheSouthAfrican.com, a study, conducted by The Youth Research Unit at the Bureau of Market research revealed that in 2015, in Gauteng alone, more than 30% of school children were lured into online sex chats against their will.

Of the High school children surveyed:

The study was taken from more than 1 500 high school children in total.

A call to parents and the community to safeguard minors

Zuma further made a call to parents and members of the community, to always be vigilant when it comes to children.

“Parents should be more involved in their children’s well-being and this will enable them to detect things earlier in case there is something unusual taking place,” Zuma added.

The teacher was arrested on Tuesday 19 November 2019. He was charged and appeared in the Kabokweni Magistrate Court on Wednesday 20 November 2019, where he was remanded in custody until Friday, 22 November 2019, for a formal bail application.

Police say investigations are ongoing and the possibilities of adding more charges are eminent.