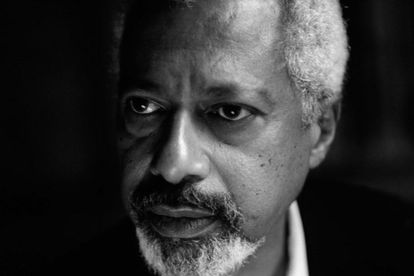 Tanzanian novelist Abdulrazak Gurnah has won the 2021 Nobel Prize in Literature “for his uncompromising and compassionate penetration of the effects of colonialism and the fate of the refugee,” according to the award-giving body said on Thursday.

In this brief conversation, recorded just after he heard the news, Gurnah said he was surprised at receiving the Nobel Prize in Literature is evident.

GURNAH: I THOUGHT IT WAS A PRANK

“I thought it was a prank. I really did. Because, you know, these things are usually floated for weeks beforehand, or sometimes months beforehand, about who will the, you know, who are the runners as it were, so it’s not something that was in my mind at all. I was just thinking ‘I wonder who’ll get it,” he said.

Gurnah was born in 1948 and grew up on the island of Zanzibar in the Indian Ocean but arrived in England as a refugee in the end of the 1960’s. He was able to return only in 1984, seeing his father shortly before his death.

He has published ten novels and a number of short stories. The theme of the refugee’s disruption runs throughout his work.

His novels include “Paradise”, set in colonial East Africa during the First World War and short-listed for the Booker Prize for Fiction, and “Desertion”.

He told Reuters that the prize was “such a complete surprise that I really had to wait until I heard it announced before I could believe it.”

‘I DEDICATE THIS TO AFRICA AND AFRICANS’

Though Swahili was his first language, English became Gurnah’s literary tool when he began writing as a 21-year-old.

The Swedish Academy said: “His novels recoil from stereotypical descriptions and open our gaze to a culturally diversified East Africa unfamiliar to many in other parts of the world,” the Nobel Foundation added.

“I dedicate this Nobel Prize to Africa and Africans and to all my readers. Thanks!” Gurnah tweeted after the announcement.