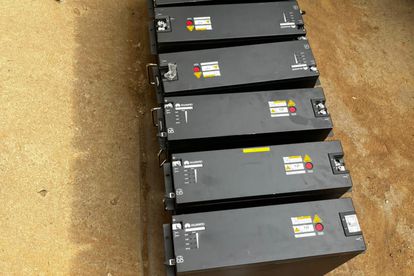 Modderiver police recovered eight tower batteries worth more than R480 000-00, believed to be stolen from one of the network towers in Qebhehra, Northern Cape.

Spokesperson, Captain Olebogeng Tawana said police in Modderrivier were activated subsequent to intelligence received about a vehicle on the N12 from Qebherha heading in the direction of Modderiver loaded with presumed stolen network tower batteries.

Tawana said in response to intelligence received, police spotted the alleged vehicle, a white Toyota Fortuner on the N12.

“After pulling over the vehicle, one suspect jumped out of the vehicle and fled on foot, while the other suspect was apprehended. The police are on the trail of the escaped suspect.

“The arrested suspect is expected to appear in court on Tuesday, 02 May 2022, on a charge of Criminal Amendment Act.”

Meanwhile, three men were rescued from a vigilante mob on 13 April. The trio were severely assaulted and had their vehicles set on fire in Ha-Mangilasi, Limpopo.

According to reports, the mob began assaulting the three men after they allegedly caught them stealing batteries from a TLB Machine.

“Upon arrival at the scene, police managed to rescue the victims from the angry mob who had already sustained serious injuries.

“The three suspects [victims] were then taken to the hospital where they were admitted under police guard,” said Seabi.

The police opened cases of theft and pointing of firearms against the three men and they are expected to appear before the Vuwani Magistrate’s Court once they are fit to do so.

Meanwhile, none of the individuals in the vigilante group has been arrested – the investigation is ongoing.