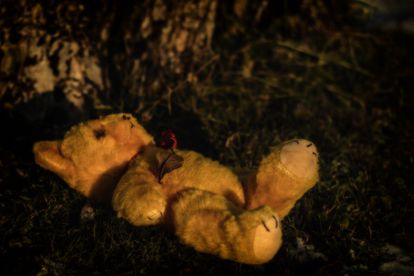 The three-year-old boy was found with multiple stab wounds as the suspect hid under a bed. Photo: Stock Image / Pixabay

The three-year-old boy was found with multiple stab wounds as the suspect hid under a bed. Photo: Stock Image / Pixabay

A 23-year-old man has been arrested following the brutal death of a his ex-girlfriend’s child – a three-year-old boy. The man hails from Petrusville, Northern Cape, and is accused of stabbing the toddler to death.

How did the three-year-old die?

On Monday, 25 July, at around 11:45 the man allegedly got into a fight with the mother of the child. The mother, who is the man’s ex-girlfriend, left the house but reportedly made her way back and attempted to collect her clothes from the suspect’s house. He refused to allow her to enter.

There, the body of the three-year-old boy was found with multiple stab wounds. The suspect was hiding under a bed. He was subsequently arrested and charged with murder.

“A 23-year-old stepfather from Petrusville is behind bars, following the death of a three-year-old boy toddler. It is alleged that the body of the toddler was found with multiple stabbed wounds in the upper body, in the stepfather’s house. It is suspected that the toddler could have been stabbed to death by [his] stepfather,”

SAPS found the murder weapon and investigations are ongoing

SAPS managed to collect evidence from the crime scene – this includes the murder weapon.

The unnamed suspect is expected to appear before the Petrusville Magistrate’s Court on Tuesday, 26 July. He is facing a charge of murder. SAPS investigations into the horrific incident are ongoing.

Decomposing body of CHILD found HANGING from tree in KZN

Meanwhile, it was previously reported that the body of a child, believed to be around five years old, was found hanging from a tree near a school. The child’s body was located on 3 July in G Section, Ntuzuma.

Ntuzuma South African Police Service (SAPS) is currently searching for the family or relatives of the deceased child.

Media reports have alleged that the child’s body was in a state of decomposition. Identifying information about the child including the gender will only be determined after an autopsy has been conducted. Read the full story here.