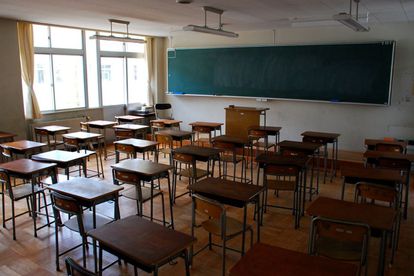 A 14-year-old child was beaten, allegedly by a parent, at his school in Mthatha. Photo: Casey Broadwater / Flickr

A 14-year-old child was beaten, allegedly by a parent, at his school in Mthatha. Photo: Casey Broadwater / Flickr

A 14-year-old was allegedly beaten by a parent who accused the learner of theft, now conversations surrounding school safety have become a topic of concern.

A child was allegedly beaten inside a school in Mthatha

The student attends a school in Mthatha and was allegedly beaten inside the school’s premises. The teenager’s mother said he sustained injuries and now wants to drop out.

She revealed that they have opened a case but are fearful of her child facing further victimisation at school.

“A parent went to school, beat him up and dragged him out of the school premises. The parent accused him of stealing a cellphone. He is injured and cannot go to school. He also does not want to go back to school. He says other learners will see him as a thief. I am troubled by this,” says student’s the mother.

SABC News reports that the spokesperson for Safety in the Eastern Cape Unathi Binqose condemned the actions of the parent. Binqose described the alleged conduct of the parent as ‘unacceptable’.

The spokesperson further stated that they need to revisit safety measures that are aimed at protecting both learners and staff members at schools. Adding that they would use this incident as a catalyst to assist them with reviewing these measures.

Greenpoint High School CLOSED due to increase in gang-related violence

Meanwhile, it was previously reported that following increased amounts of gang violence, Greenpoint High in Kimberley was forced to close. Parents and teachers alike have been living in fear for their lives and the lives of students at the Northern Cape school.

Reports have revealed that gang-related attacks have been rife since the beginning of 2021. It is alleged that the gang violence originates over weekends at local taverns and spills over to the school as some of the students are allegedly members of these gangs.

On Wednesday, 20 July, a student was stabbed during an eruption of gang violence at Greenpoint High. This unfortunate incident resulted in the closure of the high school. The school’s Governing Body revealed that measures have been taken to ensure that the ongoing violence at the school does not continue. Read the full story here.