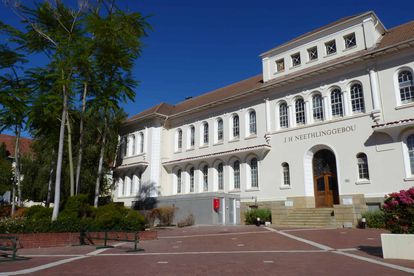 Stellenbosch University (SU) has taken the decision to suspend classes effective from Tuesday 17 March as a result of the declaration of a national state of disaster following the rapid spread of the coronavirus in South Africa.

Classes will cease from the end of the day and the Easter holiday will therefore commence a week earlier than planned. Residences have been closed as students prepare to make their journey back home.

SU had not suspended classes along with the University of Cape Town (UCT), who closed their lecture halls earlier on Monday, but have since made the decision to do so.

The graduation ceremonies that were set to celebrate students graduating in March and April, have now been postponed. Graduands will be able to attend their ceremonies in December and will receive their degrees in absentia.

Registrar Ronel Retief said the decision was not taken lightly.

“I would like to reiterate that the decision to cancel the March/April graduations was not taken lightly. We are acutely aware of the significant impact that this decision may have on graduates and your families.

“The university, however, considers it to be the most responsible course of action under the current circumstances, as the gathering of between 20 000 and 24 000 individuals, having travelled from all over, during graduation week poses a significant risk.”

“Many corporates (airlines, hotels, etc) have adapted their cancellation policies over the past several weeks in response to the evolving nature of the COVID-19 outbreak and it being officially declared a global pandemic by the World Health Organisation.

“Graduands are encouraged to directly contact service providers as soon as possible and to present this communication as proof of cancellation of travel arrangements due to the coronavirus outbreak.”

University of the Western Cape (UWC) vice-chancellor Vivienne Lawack said that classes would continue until the scheduled end of term on Thursday 19 March.

“Recess will start on Thursday 19 March 2020 and will continue until after Easter, classes will resume on 14 April 2020. Since we have added two weeks to this recess period, the mid-year vacation period will be reviewed.”

Earlier on Monday, the South African Union of Students (SAUS) had called for action to be taken immediately to suspend classes at all South African universities.

Thabo Shingange said that not enough information had been fed through to students and staff at universities.

“As a precautionary measure, we encourage all students to remain at home and call upon Higher Education and Training Minister Blade Nzimande to instruct all public institutions of higher learning to suspend formal academic activities, test and upcoming graduation within the next 24 hours indefinitely until such a time a detailed consultative plan to respond to the coronavirus disease on our campuses is put in place that ensures that student’s health are taken as a serious priority.

“This has since prompted the university management to force 350 other additional students who might have been in contact with the student in their lecture into self-quarantine.

“This virus which is anticipated to create a dangerous threat to the entire South African public,  as the union they are also concerned that universities as institutions that house over one million students exceedingly present a greater risk of exposure, transmission as well as a potential outbreak to which “we should all be concerned about and act swiftly to mitigate,” Shingange said.