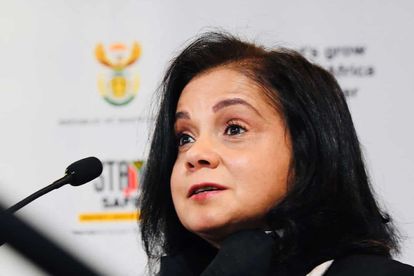 The National Prosecuting Authority (NPA) has announced the creation of a task force which will prioritise the legions of corruption allegations that are contained in the State Capture Commission’s report.

The first installment of the report has already been released, and the remaining two parts are expected as soon as the end of February 2022.

The NPA says it will conduct an urgent review of all the cases covered in the report, including those being pursued by the Investigating Directorate (ID).

“The Task Force’s main focus is on progress and impact. It builds on the work already done within the NPA over the past few years, in collaboration with the Zondo Commission and other law enforcement partners,” says NPA spokesperson Advocate Mthunzi Mhaga.

The NPA says it’s vigorously exploring options to boost its capacities, capabilities and resources, a key aspect which heavily impacts how it carries out its work.

In addition, the NPA is gunning for those implicated in the allegations, as it is currently reviewing the contents of the State Capture Commission’s report. These include parties in the public and private sector.

“This will include, where appropriate, the freezing and forfeiture of the proceeds of crimes. It’s however important to note the differences between the evidence presented before a commission of enquiry and evidence required to meet the standard of proof for prosecutions. In the case of the latter, criminal investigations will be conducted so that evidence can be presented in criminal matters, in accordance with the South African law of evidence,” the NPA said.

The commission’s work has placed sharp focus on the NPA’s credibility and ability to deliver on its mandate, something which has been criticised, as many take issue with the fact that not enough people are behind bars for their roles in grand looting.

“Rebuilding the NPA after years of being undermined by state capture actors was never going to be quick or easy. Yet, significant progress has been made, and the NPA is slowly but surely being rebuilt to enable it to deliver on its vital mandate. The NPA will also continue prioritising internal processes to ensure that any prosecutors engaged in acts of criminality or improper conduct, including in the context of state capture, are dealt with effectively and fairly”