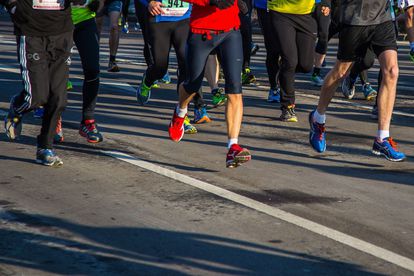 The JMPD has urged motorists to avoid a number of routes due to the Soweto Marathon on Sunday, 6 November. Photo: Stock Image / Pixabay

The JMPD has urged motorists to avoid a number of routes due to the Soweto Marathon on Sunday, 6 November. Photo: Stock Image / Pixabay

The ‘People’s Race’ will see racers running through some of the most historic routes of the township.

Given the sheer number of runners, the marathon will have a significant impact on street closures in the city.

EWN reports that the Johannesburg Metro Police Department (JMPD) has encouraged motorists to use alternative routes.

A number of routes in the city are expected to be closed off for the marathon for most of the day.

Here are the routes that will be affected and the times

Certain streets in the area have been closed since 05:00 on 6 November and will most likely only reopen at around 18:00.

JMPD spokesperson Xolani Fihla shared the main roads that will be affected:

“JMPD officers will be deployed to monitor traffic at all road closures, affected roads and routes. Residents and members of the public are urged to exercise caution and patience for runners during the duration of the race,” said Xolani Fihla.

Tshwane streets to avoid due to cycling event

In related news, it was reported that motorists have been urged to find alternative routes as a number of streets will be affected by the annual Tshwane classic cycling event on Sunday, 6 November 2022.

This year, there will be a brand new spectator-friendly route that will start at the Voortrekker Monument and finish at Roger Dyason Road. Streets will be affected from 04:00 to 18:00. Tshwane Metro Police Department officers will be deployed to monitor all closures and affected streets. Read the full story here.