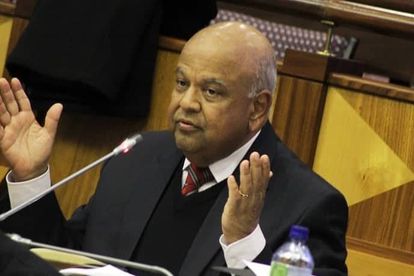 Your South African news today round-up is ready and raring to go. It’s all eyes on Pravin Gordhan, as the fallout from his Gupta meeting continues. We’ve also got news on the rand and the weather for Friday.

What next for Pravin Gordhan?

Pravin might have been a very naughty boy. We know he’s met the Guptas once on official business thanks to a leaked report that surfaced on Thursday. But state capture inquiry chief Raymond Zondo has advised people to stop sharing the document, as it goes against the rules of the commission.

A chemical factory in Boksburg was the scene of a large explosion on Thursday night after a reaction in the plant sparked an inferno. Investigators are looking into the cause, as four people were left seriously injured

After smashing through the R14 barrier earlier this week, the dollar to rand value is back to more familiar ground. It dropped from a three-month high of R13.90, to settle at R14.14 overnight. The initial panic from Mid Term election uncertainty seems to have dissipated.

Jason Rohde was found guilty of murdering of his wife Susan in the Western Cape High Court on Thursday. He will now face sentencing proceedings, would could see him jailed for 25 years.

The South African journalist (Quintal) and her Kenyan colleague (Mumo) have safely left Tanzania, as their mission to investigate the country’s crackdown on a free press ended up with them being detained and interrogated. Point proved, really.

The United States is worried about the outbreak of Ebola in conflict-hit eastern Congo where there are 312 confirmed and probable cases and 191 deaths, a USAID official said on Thursday. [Read more: EWN]

It’s hotting up in the west of the country, with mixed temperatures elsewhere. Here are your localised reports.

Only good things happen on a Friday, right? This is your horoscope for the day.