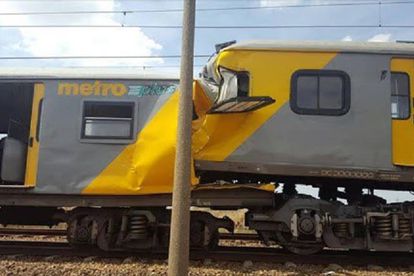 Friday’s are always a busy day, so we’re here to help compress what’s happening in the country with our South African news today wrap-up. We’ve got more on the Kempton Park train crash, and updates on both the weather and the traffic.

Up to 320 commuters were injured on Thursday night after two Metrorail trains collided at Kempton Park, with 32 travellers “seriously harmed”. A mechanical fault with the first carriage lead to it remaining stationary on the line, and the next approaching train smashed into the back of it.

Meanwhile, the EFF is working on a bill that will reign in South Africa’s most brazen tax dodgers. They want to clamp down on the corporations that get away with paying minimal tax in the country, and shut down the legal loopholes that facilitate this: [Read more: Fin24]

Speaking of the red berets, Citizen Surveys estimate that 11 000 white South Africans could vote for the EFF at the 2019 elections. They produced data for all three of the major parties, mapping where each parties support comes from based on age, gender, location and race.

It’s another battering for our currency as it loses another 1% on the dollar, dropping to R14.86. The greenback has strengthened, and oil prices are set for another jump, so breaking the R15 mark could happen again on Friday.

The president is positive: Initiatives and agreements coming out of the jobs summit will lead to 275‚000 jobs a year‚ according to Cyril Ramaphosa. [Read more: TimesLive]

Doctors in South Africa have performed a medical first — transplanting part of the liver from an HIV-positive mother to her child who does not have the disease, it was announced Thursday. You can read more about this groundbreaking procedure here.

It’s getting warmer in the west, and there’s a bit of relief in the east. Here’s what’s happening.

Superstitious or otherwise, here’s your horoscope for today.

We’re finishing our South African news today roundup with a quick look at the morning traffic.