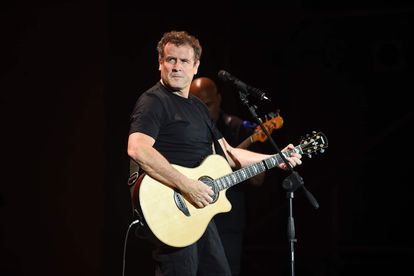 Renowned South African artist Johnny Clegg passed away in his Johannesburg home on 16 July 2019, after a four-year battle with pancreatic cancer.

Clegg rose to prominence in the United States in the 1980s with his bands Juluka and Savuka. He was one of the few South African musicians whose albums made it to the Billboard 200 Albums chart.

Songs for the silver screen

In 1983, his song Scatterlings of Africa reached number 44 in the UK Singles Chart. The song was featured in the Oscar-winning film Rain Man – starring Dustin Hoffman and Tom Cruise – the following year.

Other songs to make it to the silver screen included Savuka’s Dela, which was featured on the soundtrack of the 1997 film George of the Jungle and its sequel six years later.

In addition, Great Heart was featured in the 1986 film Jock of the Bushveld, while Cruel, Crazy, Beautiful World was included in the soundtracks for Opportunity Knocks and Career Opportunities.

He was also a vocal critic of the apartheid government during the eighties and nineties.

Juluka – SA’s first interracial band – broke cultural barriers, and laws, during the apartheid era when such collaborations were illegal.

“I discovered that through music, I could connect very deeply and profoundly in a continuous way. And that for me was kind of a salvation.”

Clegg received the Presidential order of the Ikhamanga in 2012, along with several honorary doctorates and awards. In 2015, Clegg was made an Officer of the Order of the British Empire.

Clegg, a Grammy nominee and Billboard music award winner, went on one last tour before he retired in 2017. The following year, tribute song The Crossing saw a talented group of musicians come together to raise money for education while honouring Clegg.

Clegg was born in England and spent his childhood years in South Africa, Zimbabwe, Zambia and Israel, attending six primary schools in five years. In an interview with Mail & Guardian in 2010, Clegg confessed:

“I felt like a migrant. So when I met migrant workers – Zulu migrant workers – there was something about them that I intuitively connected with because they were also establishing these tenuous connections with different places.”

“Under the tutelage of Charlie Mzila, a flat cleaner by day and musician by night, Clegg mastered both the Zulu language and the maskandi guitar and isishameni dance styles of the migrants.”

Following the news of his passing, South Africans took to social media to pay their respects. Khanyi Magubane said:

“What a Blow! Johnny Clegg “umZulu omhlope” has passed away! To call you just a musician would be to fail you. You embraced maskandi music & Zulu culture like it was your very own, at a time when it was unpopular! Thank you for the Music. Rest In Peace.”

Panyaza Lesufi said “Go well fellow countryman, you hated apartheid with a passion and took a stand to be on the side of the oppressed,” while Prof Thuli Madonsela added:

“Profoundly heartbreaking to receive the news of the untimely passing of music icon and anti-apartheid activist Johnny Clegg.”