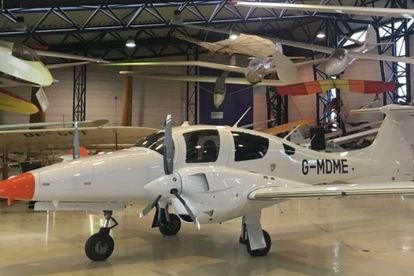 As reported by BBC, the four-seat plane crashed three miles from Dubai International Airport, the biggest airport in the United Arab Emirates.

The plane was owned by Honeywell and registered to Flight Calibration Service Ltd, a company based in Shoreham, West Sussex. The four-seater was involved in upgrading a runway at the airport.

It is believed that the passengers were flying to calibrate terrestrial navigation systems at the airport, which is undergoing work.

As reported by The National, the company refused to comment on reports that it was contracted to do runway work at Dubai International Airport.

Traffic was diverted and delayed for up to 45 minutes. Two British citizens and one South African was on board – the pilot, co-pilot and two passengers.

The UK-registered small DA42 plane went down near Mushrif Park. A spokesperson for the Dubai International Airport said:

“Dubai Airports can confirm that operations at Dubai International were suspended from 19.36 to 20.22 UAE local time (17:36 to 18:22 SAST) due to an incident involving a small aircraft in the vicinity of the airport.”

The Dubai Media Office confirmed that the crash was due to a technical malfunction. They added that the crew is “deeply saddened” and that their condolences are with the victims’ families. No names have yet been released.

Dubai International is considered to have the safest record of any major airport. The only incident on record was when Emirates Flight 521 crashed on the runway in 2016 when its fuel tank exploded.

The following flights were cancelled or delayed:

To get breaking news first, download thesouthafrican.com’s app for iOS and Android.