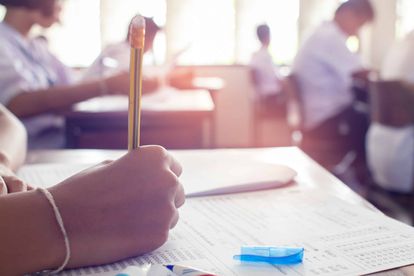 The North West Education Department says a fire which broke out at Mamusa Primary School in Ipelegeng Township near Sweizer-Reneke, resulted in a mobile classroom at the school being reduced to ashes on Sunday afternoon, 20 March 2022.

“It is alleged that the community residing nearby the school saw the mobile classroom which caught fire within the school premises. At once, they called the fire department and continued to try extinguish the fire,” said North West Education Department spokesperson Elias Malindi in a statement on Monday, 21 March 2022.

YOU CAN ALSO READ: Parents demand more classrooms so learners can return to school full time

The department further says that the cause of the fire at Mamusa Primary School is currently being investigated. The likes of desks and chairs, textbooks and work books were inside the mobile classroom at the time of the fire and the estimated costs of damage is approximately R180 000.

The province’s Education MEC Mmaphefo Matsemela strongly condemned the burning of the mobile classroom. For now, it remains to be seen whether authorities suspect any foulplay.

“This is extremely disappointing that, on the same day to celebrate the Human Right’s Day as a country. We experience a violation of the same rights to education. Many died for these rights enshrined by the constitution. As a department we are mandated to protect the right to education for all learners by providing them with resources. We wish the law to take its own full cause against those behind this incident.

“The Department keeps on being drawn backwards by those opposed to progress in our education system. Learners have lost a lot of teaching time due to lockdown and while we try to reverse the losses some people continue to sabotage the good efforts of the Department”