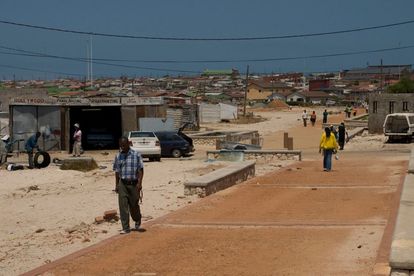 The mother of a 23-year-old woman who was shot and killed in a mass shooting in Khayelitsha is distraught. Photo: Victoria Potter / Flickr

The mother of a 23-year-old woman who was shot and killed in a mass shooting in Khayelitsha is distraught. Photo: Victoria Potter / Flickr

SAPS are still searching for the gunmen who shot and killed six people in Khayelitsha. The mass shooting shocked the community as the group of people, all in their 20s, succumbed to their injuries.

Detectives return to the crime scene

On Monday, 21 March, detectives made their way back to the scene of the crime. The investigation continued as community members gathered around the area where the bodies were found by law enforcement officials

A woman who lives close to the area where the shooting occurred was relieved that she was not caught in the crossfire.

The woman explained that she was about to take her washing outside when she heard gunshots.

“I ran, I immediately laid down. My children and I, we all ran. I didn’t know what was happening. My boyfriend was inside the house. He didn’t get shot, however, some bullets did manage to enter my house,” she said.

The distraught mother of a victim speaks out

The mother of a 23-year-old who was shot and killed spoke about the incident. She said she was shocked at the death of her daughter. She pleaded with SAPS to continue investigating the matter.

“I am pleading with the police to look at this. That child is not dangerous. They were only sitting. It’s her friends. They did nothing wrong,” she said.

EWN reported that a relative of another victim spoke about the shooting. The relative stated that the deceased was young and her family had high hopes for her future.

“That girl was still young. We [were] still expecting a lot from her so, we are very sad as a family, we are not happy. We can be happy if the police can do something.”

Six people were reportedly shot and killed on the afternoon of Sunday, 20 March. Crime scene experts are investigating the scene at the Enkanini Informal settlement to find clues as to what caused the incident in Khayelitsha.

The South African Police Service arrived at the scene after being alerted of the shooting. Upon arrival, SAPS officers found the bodies of five victims strewn across two scenes. The areas, according to SAPS, were around 200 metres apart. Read the full story here.