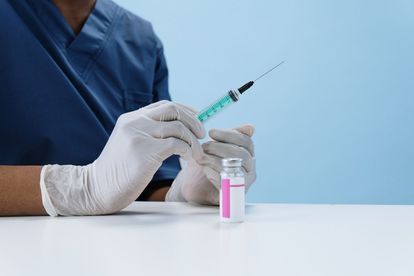 SA seems set to have access to the third COVID vaccine in early 2022. Photo: Pexels

SA seems set to have access to the third COVID vaccine in early 2022. Photo: Pexels

The Department of Health is expanding its vaccination drive to include a third booster shot of the Pfizer COVID-19 vaccinations.

The government has announced that SA will be able to access the anticipated booster as early as January.

Commenting on the plans to distribute the vaccine to South Africans, Director-General Nicholas Crisp confirmed that a second dose will also be offered to children aged between 12 and 17.

Previously, Children in this age group were only permitted one dose of the vaccine. This had largely been due to concerns over potential heart inflammation.

The vaccines are set to be available at both public and private vaccination sites, but not as part of the official school programme. In this regard, the government will be reviewing the inclusion of schools next year.

Crisp confirmed that the boosters will be given to patients six months after receiving the second primary vaccine.

The first batch of qualifying citizens are tentatively scheduled to receive their first shot towards the end of December. However, concerns over festive season delays are expected to push this back into early 2022.

The Director-General added that older citizens are set to be first in line for the booster vaccine, due to the fact that they had been the first to take part in the original rollout.

South Africans who received a single Johnson & Johnson vaccine will also qualify for the booster. In this regard, consultations and approvals around this are set to take place next week.

Crisp insists that Omicron’s ability to evade vaccine immunity is ‘robust but not complete’. Previously, research had found that the new COVID-19 variant could partially evade the Pfizer and BioNTech vaccines.

Nevertheless, the vaccine still provided some protection against the virus.

Health Minister Dr Joe Phaahla says that the vaccines available to SA remain effective. Essentially, the Minister points to unvaccinated citizens as a significant portion of those admitted to hospital.

“So it is important to continue to use all the non-pharmaceutical protective measures which we all know such as wearing masks, good ventilation, avoiding crowded places, washing hands and sanitising.”