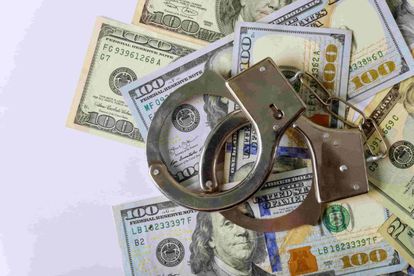 A 13-year-old kidnapping victim was returned to his family. Photo: Twitter / @SAPoliceService

A 13-year-old kidnapping victim was returned to his family. Photo: Twitter / @SAPoliceService

The Hawks in Mpumalanga arrested a 48-year-old man after an intelligence-driven operation on Thursday, 10 March.  He is accused of being in possession of counterfeit foreign currency.

Directorate for Priority Crime Investigation (Hawks) spokesperson in the province, Captain Dineo Lucy Sekgotodi, said the suspect was arrested in Middelburg for Contravention of the Prevention in Counterfeit Currency Act.

According to the report, members of the Hawks Serious Commercial Crime Investigation team and police Crime Intelligence caught the alleged fraudster as he was in the process of exchanging fake US Dollars with an agent.

It is said the fake notes had a face value of R160 000. The suspect was immediately arrested and is expected to appear before the Middelburg Magistrate’s Court on Friday, 11 March.