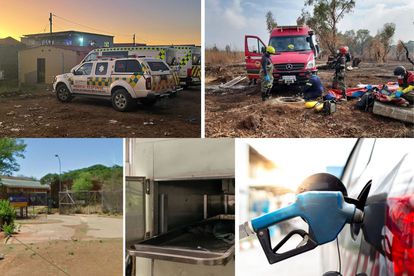 We’ve got all the latest news stories and headlines in South Africa you really need to know on Tuesday 28 June 2022.

It was inevitable: The Enyobeni tavern had been shut down permanently after 21 minors were found dead on the premises on Sunday morning. The popular venue played host to a horrific scene in the early hours of Sunday. Bodies were scattered across the establishment, with very few signs of injury.

The latest information on Monday about the Enyobeni tavern tragedy revealed that the death toll could rise – here is why.

We should probably stop asking if things ‘can get any worse’, because they always do – as highlighted by the predicted July petrol price.

Meanwhile, bodies are rotting at the Ga-Rankuwa mortuary due to a faulty generator, with Eskom’s load shedding making the situation worse.

In more bad news, a cyclist was killed on Monday by truck hijackers trying to flee from private security companies who gave chase on the N12.

The emotions will run high for a very long time in this part of East London. Over the weekend, 21 teenagers – aged between 13 and 17 – managed to gain entry to Enyobeni tavern for a late-night groove. Sadly, none of them would ever return home.

The popular venue played host to a horrific scene in the early hours of Sunday. Bodies were scattered across the establishment, with very few signs of injury. The bizarre circumstances have left investigators stumped so far – but it’s hoped upcoming autopsy results will provide clarity.

In the meantime, the introspection has been laser-focused on the Enyobeni tavern, its owners, and the alleged breaches of alcohol licensing laws. On Monday, the Eastern Cape Liquor Board confirmed that the bar would be closed FOR GOOD, as the probe into these deaths continues.

The mere act of surviving in South Africa feels more like an extreme sport with each passing day. As living costs soaring across the board, it perhaps comes as no surprise that we are bracing for yet another petrol price hike in July, with some experts forecasting a R2.50-per-litre increase.

The crisis is being driven by Russia’s senseless invasion of Ukraine earlier this year, disrupting global supply chains in the same way COVID-19 lockdowns did previously. It’s also had an entirely adverse impact of the value of oil, which climbed by another 7% this month.

City of Johannesburg Emergency Services (EMS) may have left the search site but the search for Khayalethu Magadla is not over. Rumours or reports that Joburg EMS have abandoned the search operation have been rubbished by Robert Mulaudzi, the spokesperson for the entity.

“The reason why you won’t find us there is that EMS has completed the physical search up until the main plant,”

The lengthy search operation for the Khayalethu started at Dlamini Park at the manhole where he supposedly slipped and fell inside while playing with his friends on 12 June.

Bodies are rotting at the Ga-Rankuwa state mortuary due to a faulty generator while Eskom’s ongoing load shedding only worsens the situation.

This has left bereaved families traumatised as bodies of their deceased loved-ones were deteriorating, said Gauteng DA shadow MEC of health Jack Bloom.

According to Bloom, the emergency generator has been malfunctioning since February this year.

A cyclist was killed on Monday by truck hijackers trying to flee from private security companies who gave chase on the N12.

Police spokesperson Brigadier Selvy Mohlala said the fatal accident happened on the N12 off-ramp in Etwatwa near Sundra, on Monday morning around 09:30.

“According to the report, two Pakistani citizens were travelling on the N12 Road, direction to Witbank after purchasing some goods from Springs when they were pulled over by a silver Toyota Corolla with four suspects who attempted to hijack them.

“Fortunately, private security guards that were around patrolling noticed this drama that was unfolding and attended to the scene. On arrival, a shootout ensued between the securities and the suspects, whereby two suspects were reportedly shot and killed.”