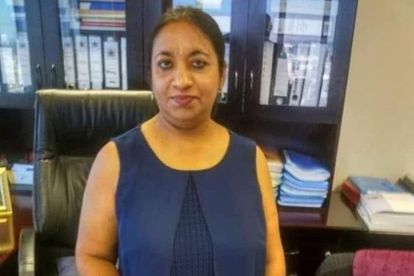 We’ve got all the latest news stories and headlines in South Africa you really need to know on Tuesday 24 August 2021.

A senior Gauteng health department official is gunned down outside her home, minutes after dropping off her child at school. Why? Who would want Babita Deokaran dead? What did the department’s Chief Director of Financial Accounting know? These are the questions being asked as police try to track down her killers. In a pandemic, where the Gauteng Health Department has been at the centre of corruption allegations recently…. it makes you wonder.

On Monday 23 August, news broke that a Gauteng Health Department official – a senior official – was gunned down outside her home in Mondeor, Johannesburg just after 8:00 in the morning. At the time, police refused to disclose the woman’s identity but now the department itself has released a statement and revealed the senior official’s identity.

Babita Deokaran, 53, was shot multiple times in her upper body by an assailant that is still at large. The official, who had just dropped her child at school before the shooting, later died in hospital in the afternoon. Gauteng MEC for Health Dr Nomathemba Mokgethi has since expressed shock at the official’s tragic death.

The main suspect in the savage killing of University of Fort Hare law student, Nosicelo Mtebeni, has been identified as 25-year-old Aluta Pasile. According to the National Prosecuting Authority (NPA) in the Eastern Cape, Pasile will be staying behind bars until his next court appearance, after confessing to Mtebeni’s murder.

The 23-year-old’s dismembered body parts were stuffed into a suitcase. Her other limbs were also found in a black plastic bag on Thursday, 19 August 2021, in Quigney, East London. Police said the body parts (in the black bag and suitcase) were discovered outside the couple’s home, while Mtebeni’s head and hands were discovered in Pasile’s room.

Pasile made a brief appearance in the East London Magistrate’s Court on Monday morning, 23 August 2021. The NPA alleges that he has rejected legal assistance.

These are the trending funeral policy scams in SA

In 2020, life insurers in South Africa noted a 12% increase in fraudulent and dishonest claims, according to the Association for Savings and Investment South Africa (ASISA). The association said the 2020 statistics represented a significant increase – for example in 2019, there were 2387 fraudulent claims reported at a value of R537.1 million. Last year, however, those figures increased to 3186 cases and R587.3 million.

The highest incidence of fraud and dishonesty was in the funeral insurance space, according to ASISA, where enterprising individuals tried to con insurance companies with all sorts of tricks. A total of 2282 claims in this space were found to be fraudulent or dishonest.

ASISA was not surprised by the increase in fraudulent activity and dishonesty given the tough economic climate, which has been worsened by the COVID-19 pandemic. Megan Govender, the convenor of the ASISA Forensics Standing Committee, said dishonest policyholders and criminal syndicates – who typically view funeral insurance as a soft target – were egged on by conditions at hand and hoped to score “sizeable insurance payouts.”

Public scoff, as ‘National Shutdown’ plans fizzle out on Monday

There is a great deal of irony at play here: On the occasion where law enforcement officials are actually prepared for an attempted ‘National Shutdown’, the organisers decide to pull their rally at the eleventh hour.

And boy, our security forces weren’t pissing about this time…

SAPS, NATJoints, and SANDF were all on high alert for Monday 23 August, after a leaked intelligence report claimed there was a plot for ‘more rioting and looting’ today. Allegedly meant to serve as ‘Phase 2’ of the planned unrest, nothing came of it. According to TimesLive, one organiser claims that the links to criminality were inaccurate.

Fearing reprisals from a prepared police force, the primary march in Durban was postponed until further notice. There were a few rumblings of discontent on Sunday, including protesters on the N4 and a small group of alleged looters at Evaton Mall. However, despite all the warnings from our legal authorities, nothing has come to pass… for now.

A 66-year-old man was caught in the act, allegedly having sex with the family dog.

He was arrested in Ocean View after the matter was reported to the authorities, and he was charged with bestiality.

According to the Cape of Good Hope SPCA a young woman from Ocean View was left traumatised on Friday after she walked in on her mother’s boyfriend engaged in sexual intercourse with the family dog.

The young woman immediately called TEARS, who then referred the case to the Cape of Good Hope SPCA for investigation.

Inspector Mark Syce and the South African Police Service (SAPS) were dispatched to the scene to investigate the allegation of bestiality.

“On arrival, Inspector Syce found the family dog violated and in need of veterinary care. The dog was taken to a veterinarian for an examination and to secure DNA samples for further testing.”

Has anyone ever thought of telling Julius Malema to walk away from the keyboard? His Twitter activity always seems to land him in some sort of trouble – and this time, he’s upset the South African National Defence Force (SANDF).

Juju found himself in SANDF’s bad books following a post he shared over the weekend. The EFF leader claimed to have received a text message from a soldier, who purportedly said that no food had been provided for his starving colleagues.

The post, shared several thousand times, has since forced SANDF into some online diplomacy. Despite not mentioning Julius Malema by name, their recently published statement heavily references the Twitter post on his feed.

Responding in typically regimented fashion, SANDF suggested that Malema ‘could be prosecuted’ for choosing to share ‘baseless misinformation’ with his 3.6 million followers on the platform.