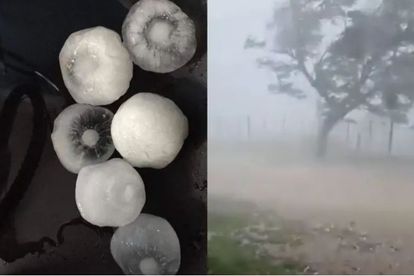 We’ve got all the latest news stories and headlines in South Africa you really need to know on Tuesday 14 December 2021.

The thunderstorms in the Eastern Cape have led to the deaths of at least six people and left 19 others injured as of Monday.

The deadly storm in the Eastern Cape continues to rage. Heavy downpours are taking place across the area. The South African Weather Services earlier warned that severe thunderstorms were set to make landfall on Monday afternoon.

The thunderstorms in the Eastern Cape have led to the deaths of at least six people and left 19 others injured as of Monday.

Eskom has been battling to restore electricity, as well. On Friday, 10 December, the power utility said 49 000 customers were affected by the damage caused to electrical infrastructure by the storm on Thursday. The difficult weather conditions also impacted repair times.

The hailstorm in Mthatha has brought nothing but death and homelessness. Villages in the province’s political homeland have suffered the latest hailstorm of 2021.

As The South African reported, an all too similar disaster took place in Klerksdorp last month.

The tragedy’s fatal damage initially seemed minimal, but the death toll has risen to six deaths in Transkei villages.

Additionally, no less than 19 people have been transferred to the hospital for treatment of various injuries. Those who have suffered death or physical harm have been left with no food, no clothes, electricity, and clean water.

The amendment bill contains the prescription that anyone who denies a child from attending school without just cause, including parents, schools or governing bodies, facing a possible fine and/or imprisonment.

In addition to parents facing punitive recourse for children failing to receive Grade R education, the Bill also proposes that principals and governing bodies be held accountable for non-attendance.

Education Minister Angie Motshekga published an outline of the Amendment Bill, which is yet to be published for public scrutiny. She said that should parents be found guilty of denying children access to grade R schooling without just cause, they may be liable to serve 12-months behind bars.

Economic Freedom Fighter leader Julius Malema celebrated a personal moment over the weekend. Malema had been joined by his family for a ceremony to unveil his beloved grandmother Sarah’s tombstone.

The EFF head was known to have shared a close relationship with his grandmother. Despite this, Malema was determined to celebrate her life instead of mourning her loss.

The EFF shared a video of Malema doing his own version of a popular TikTok dance challenge during the ceremony.

“What could be an occasion without a 66 dance by our CIC. He killed it alone, without the red brigade team,”

Sarah passed away back in 2019 but Malema is confident that his family will ensure that her legacy lives on. In fact, Malema highlighted his belief that his grandmother’s immortality is cemented by her kin.

“I prayed for this day to come so  I can unveil her tombstone. My grandmother did not die. People do not die. They live through their children because their children repeat everything we do. We, therefore, need to invest in our children,”

Will David Mabuza host the next family meeting? SA left to speculate…

Conspiracy theorists aren’t exactly few and far between these days – and there’s plenty of them making noise about the timing of Cyril Ramaphosa’s positive COVID-19 diagnosis. The president has put his deputy David Mabuza in charge for ‘the next week’ – and that just so happens to be a crucial time for South Africa.

The National Coronavirus Command Council (NCCC) is meeting within the next 24-48 hours. Once these discussions are concluded, it’s understood that a ‘family meeting’ – the informal name given to a national address led by the president – will be arranged. These are usually held a day or two after the top-level talks are finished.

However, that timeline suggests a family meeting will take place while Cyril Ramaphosa is off work, meaning that David Mabuza would be required to address the nation. If our head of state isn’t well enough to lead a virtual family meeting, he’d have to hand over the reins for the first time in almost two years.

“Cyril Ramaphosa is receiving treatment for mild COVID-19 symptoms after testing positive for the viral infection today, Sunday, 12 December. The President, who is fully vaccinated, is in self-isolation in Cape Town and has delegated all responsibilities to Deputy President David Mabuza for the next week.”

Projections from Gauteng are balanced on a knife-edge, but there are some preliminary signs that areas ravaged by Omicron can avoid anything resembling a total healthcare collapse. That’s because several key figures are actually below what was forecast earlier – just as cases are, ALLEGEDLY, starting to plateau.

University of Johannesburg research associate Pieter Streicher has been using NICD data to produce models of how the Omicron wave is behaving across South Africa. But for now, he’s focusing solely on Gauteng.

However, despite large rises in new cases over the past few weeks, hospitalisations, ICU admissions, and death rates haven’t followed the same dramatic trajectory. Some of these metrics have started to increase noticeably, but they aren’t mirroring the case growth rate.